The fish and chip shop was re-inspected and given three stars, despite potatoes being stored where there was a very strong smell of urine, and flies flew out of the potato peeler 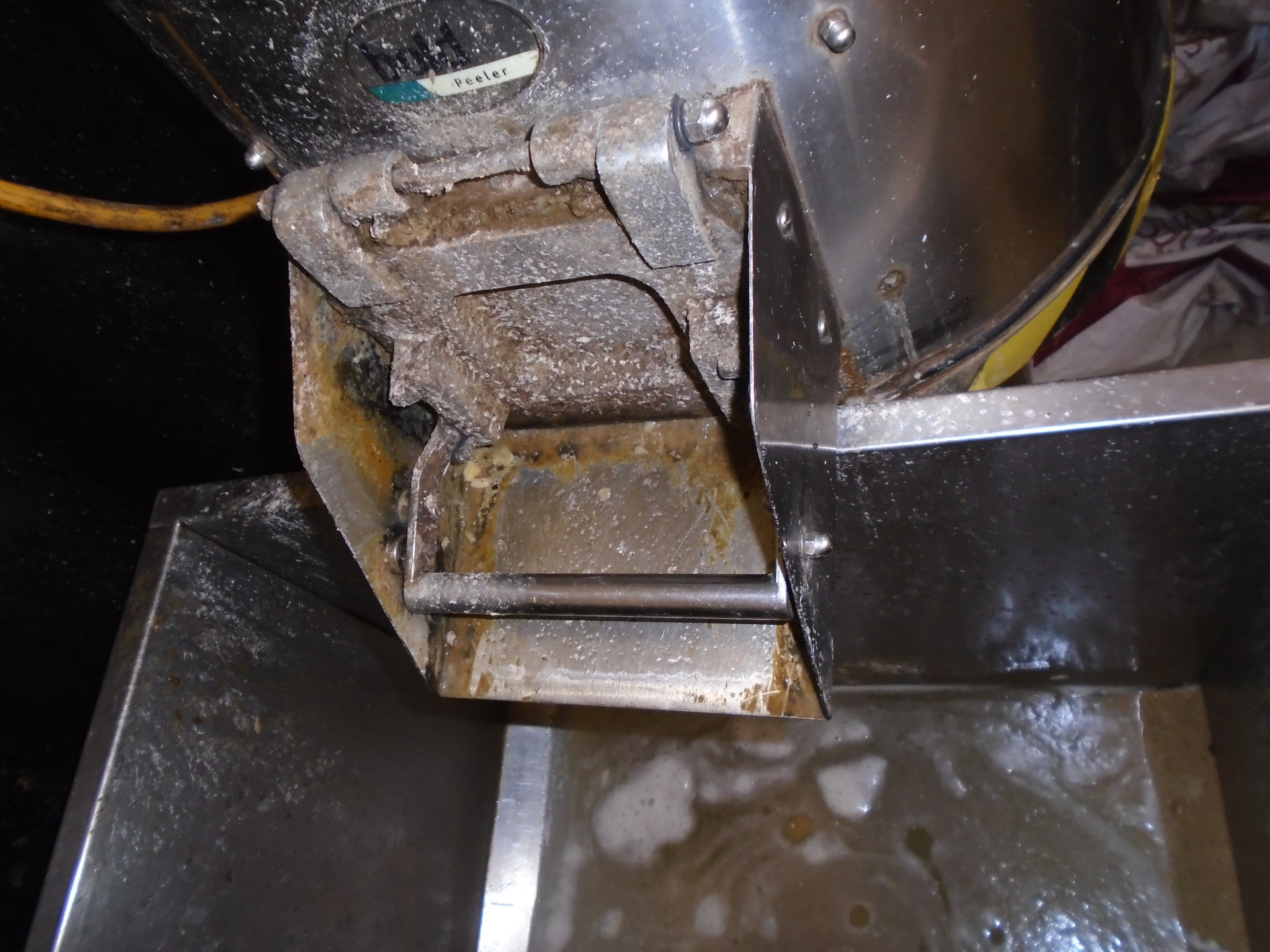 Detail has emerged of the latest inspection at a fish and chip shop fined £4,000 for food hygiene offences.

Fat Harry’s, on High Street, Sandown, has managed to turn around its hygiene rating — from a one to a three-star — despite some of the inspector’s findings.

Flies flew out of a potato peeling machine when the lid was removed, and there was a strong smell of urine — possibly cat — where the potatoes were stored.

The Isle of Wight Council took Fat Harry’s to court in January following breaches found in a December 2018 inspection.

Some improvements made
Twelve days before the court date however, environmental officers from the council visited the takeaway and noted a number of improvements needed to be made to achieve compliance with the minimum legal requirements.

One of the metal grids, which cooked sausages were in contact with, had a build up of hardened grease. In another holding cabinet a wire basket was damaged, with missing or broken wires — which was subsequently thrown in the bin during the inspection.

A potato rumbler, which quickly peels potatoes, had a build up of food debris inside the rim and around the hatch edge while the chute had dirt around the opening.

The rumbler was also not connected to the drains, due to an ongoing investigation into a drainage problem. A plunger had been used to remove a pile of dirt and residue from a drain behind the potato trough.

In the preparation room a tap had come loose, which had an old section of garden hose attached at the end with a rusty metal ring. Inspectors said a general smell of damp and mould was present.

Other issues
Two months was given to fix a leak in the ceiling above the walk-in chillers. A tray had been placed underneath to catch the leak.

In the back yard, there was a number of waste items including open waste bins which had rubbish and stagnant water inside.

A bin outside the back gate was very dirty, with liquid and rotten food on the base, which smelt bad when the lid was removed.

Potatoes not stored correctly
Despite previously discussing the issue with staff, Acrylamide mitigation was not being done as potatoes were being stored in the shed which exposed them to temperatures above 6°C.

Acrylamide is a naturally forming chemical which, according to the European Food Safety Authority, can increase the risk of developing cancer. By law, businesses are required to ensure levels are as low as reasonably practicable.

Following the inspection, the business was rated three stars.

7 Comments on "Fat Harry’s latest food hygiene inspection: Flies in the potato peeler and smell of urine around potatoes"

newest oldest most voted
Benny C
Let’s make sure this gets onto Trip Advisor so that people are aware what this grim outfit is like. Honestly, Baldrick would have run a better establishment than this. Disgraceful operators, disrespectful of their customers, of Sandown and of basic professional standards. Who on earth wants to eat something prepared by attitudes like this? No place on the IOW for this. We depend on the income from… Read more »
Vote Up370Vote Down
profoundlife

Be good opportunity for a decent chip shop to move into sandown high street.

I have had cheesy chips but never pee chips may I say not from there.

Vote Up13-2Vote Down
lifewriterbutmainlybeer
I buy fish and chips at the Avenue Road fish and chip shop and also at the Lake fish and chip shop and both are excellent. I have been to Fat Harry’s once for chips and I did not like the taste from the cooking oil, so I have not returned. Lake Fish Bar has a Food Hygiene Rating of 5 and was last inspected on 21st… Read more »
Vote Up70Vote Down
Jacky

Should be shut down surely until its 5 star rating