Find out more about ‘The Dinosaur On Your Window Sill’ 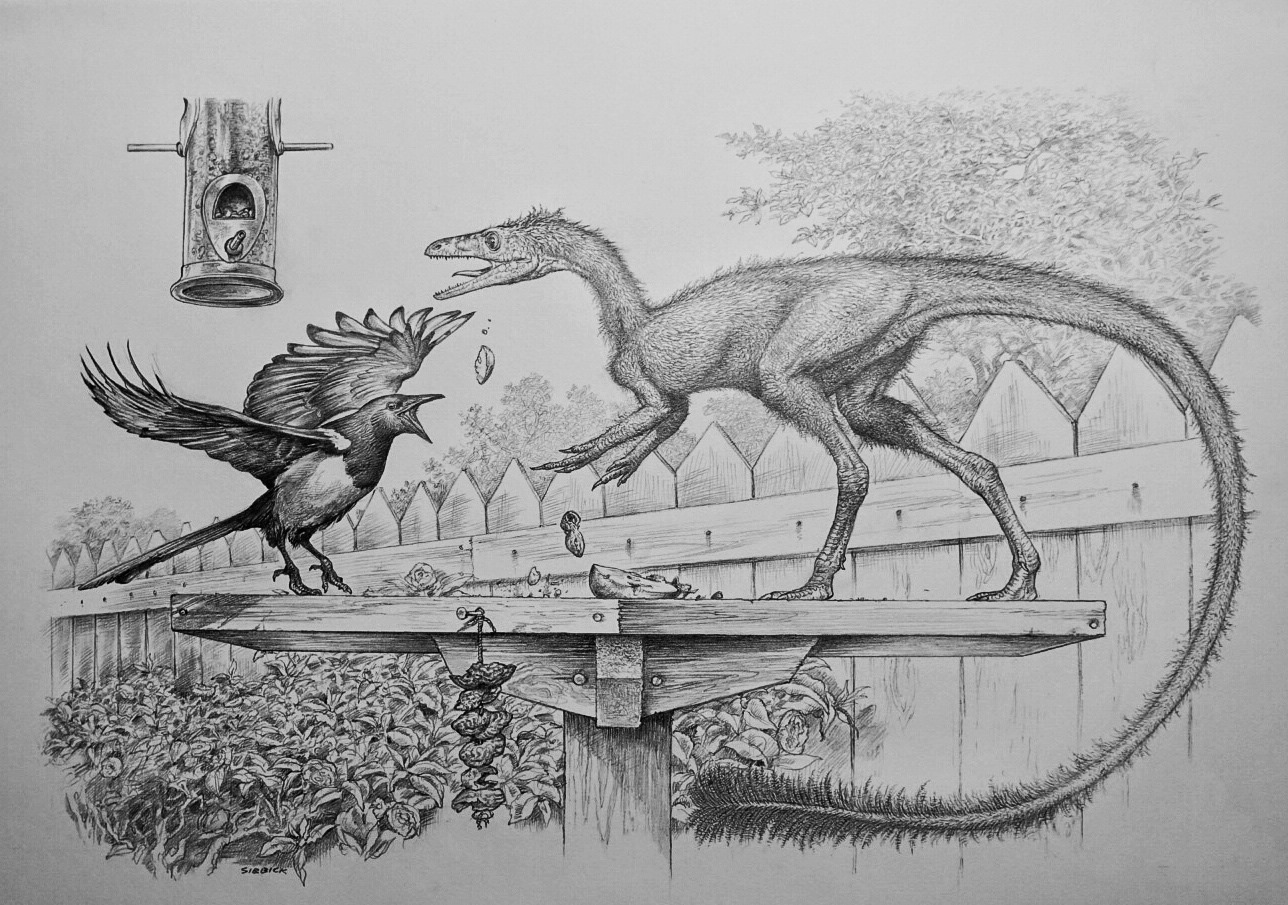 Nobody really knows where their inspiration or interests come from. We can guess, and sometimes we can remember a moment when something comes alive for us. But we still don’t know why it was that moment, rather than another one, and that thing. All of that doesn’t matter though to those of us lucky enough to have found our calling, or obsession, or abiding love, or however we may describe it.

Adults plague children with questions, like this – “What do you want to be when you grow up?” They’re often in a mad rush to get that settled. Children often have temporary enthusiasms, but they’re exploring the world and trying things on, playing with all the extraordinary complexity that’s there to be discovered. Sometimes adults can try to beat children into shape, or they can bore them away from some subjects. Was I put off science because my teachers were boring and bored? Or was I not interested and missed all the excitement? I’ll never know. Books and stories entranced me, and that became writing, and there I was. It’s different for everyone, I know. I have a passion for enthusiasm. I don’t care what you love, I’ll listen to you go on about it until you run out of breath, or, more likely, life and time call me away. The energy of enthusiasts is one of the things that make humans great, and exciting, and wonderful. I treasure enthusiasts whenever I meet them.

Back when I was a youngster I would be taken to ‘the woods’, and I’d explore, but it was difficult to find out the name of whatever I was looking at. My parents were usually digging up all the primroses to decorate the local church, and were probably personally responsible for making these flowers endangered species. They didn’t know that though. They didn’t know the names of trees either, or maybe I never asked, or they weren’t there when I needed to ask. So I grew up liking the look of some trees, but not being able to name any. That was before smartphones. The dinosaur on your window sill is exactly what my ten-year-old self really needed. What’s that tree? Take a photo, upload it to Facebook, and someone will not only tell you the name, but give you juicy information about it. Just like that.

Academics and enthusiasts and members of the public
It’s not just about trees. Insects, spiders, sea creatures, fossils, anything at all that you notice can be uploaded, and is, in bewildering variety. Neil not only started it, but he often provides the missing information as well, because he can, and because he’s an enthusiast. He’s also a very nice man, with a huge smile, and an endless capacity for sharing his knowledge and love for everything that lives, or used to live. He wants everybody to know about this group so they can join in the discovery and sharing. Of course he does. He’s an enthusiast.

The name of the group comes from the understanding that the group of animals we call ‘birds’ are in fact the only direct descendants of those dinosaurs we probably got excited about when we were children. In fact, they still outnumber us mammals massively. Alfred Hitchcock was quite correct in his brilliant film ‘The Birds’, about the damage birds could do if they became organised. Thank goodness they don’t do that, or at any rate they haven’t yet. I expect Neil Gostling would give me an entertaining and accurate set of reasons why, if I asked him. The group is a community effort involving numerous academics and enthusiasts talking about their work and passion, and members of the public like you or me, noticing things on their daily exercise, taking a photo and posting it, usually with a question, like “What is this?”

Like Jonathan’s parents my mum & dad used to take me up Centurion’s Copse in Spring and devastate the daffodil population. It was the 60s & people lnew no better (although the music was better). I believe they have recovered. Not been for a while.(obvs)