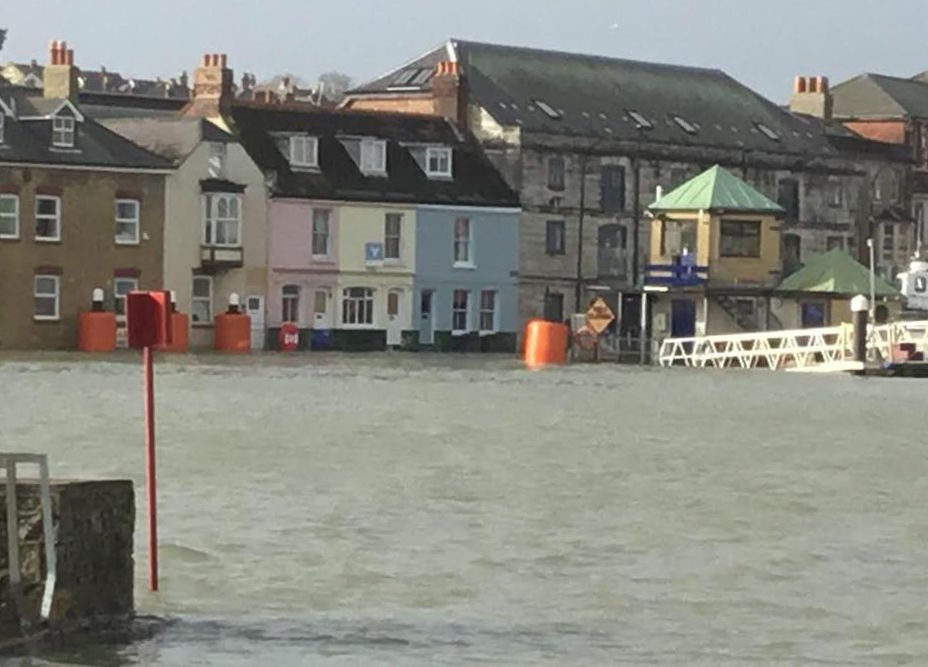 The Environment Agency have issued a flood warning for the Isle of Wight.

Residents are warned to be prepared.

Wednesday’s early morning tide at 02:07 on 15/01/2020 is higher than normal due to Storm Brendan which brings Gale Force 8 Southerly winds and large waves.

For one hour either side of high water, flooding of sea front roads, esplanades and car parks is expected, especially on the exposed coast.

Water levels will be high in Cowes, affecting the High Street, Medina Road, near the floating bridge and Sea Street at Newport.

In East Cowes, sea water forced up through drains will impact the road at Albany Road, York Avenue and Castle Street.

Heavy rainfall may also increase flood impacts in roads. After this tide‚ no further impacts are expected. We continue to monitor the forecast.

Flood protection should be installed near the floating bridge and at Well Road in East Cowes one hour before high tide.