It’s been on the spot since the 1980s, but now the former DVLA centre has been demolished to make way for housing, just who is building them is not clear 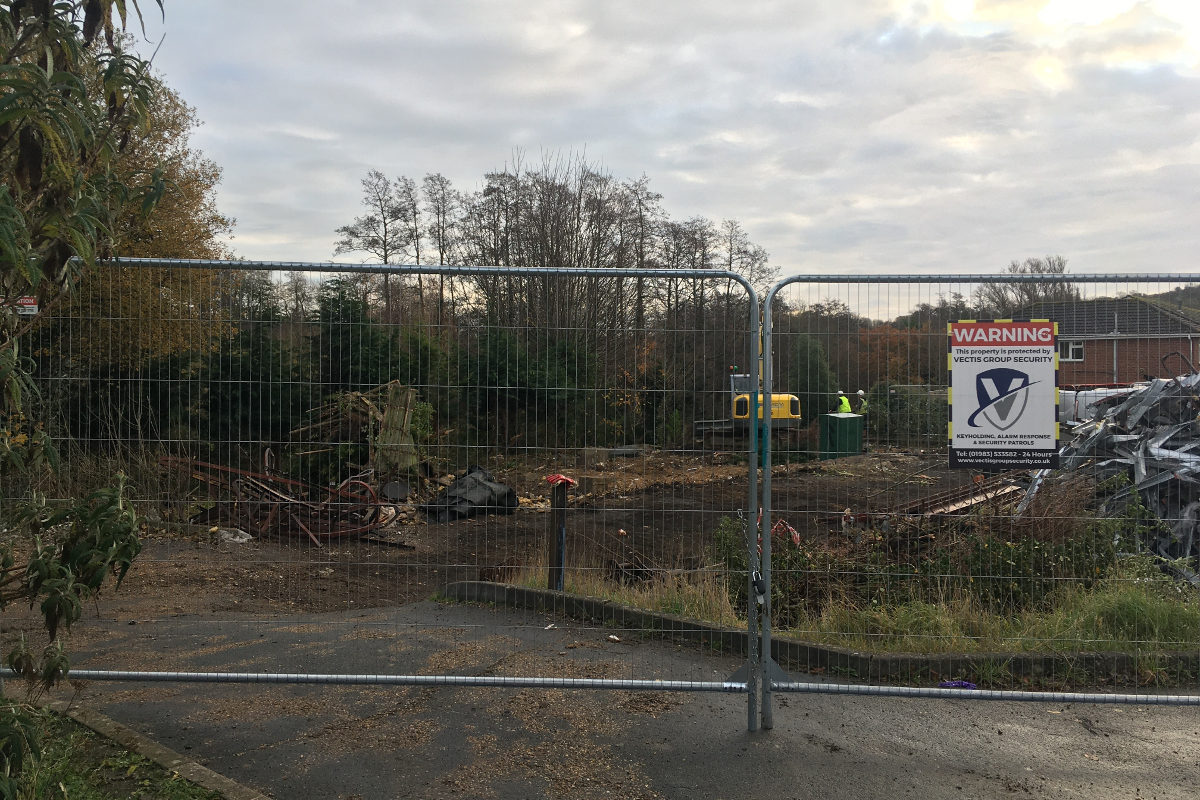 The place where the former Isle of Wight DLVA centre stood which will now be six houses.

The former driving centre on the Isle of Wight has now been demolished — to make way for six new houses.

Delayed by badgers
Planning permission was granted for the site in March but work was delayed because of badger activity in the area.

A timeframe for the project initally hoped the six three-bedroom semi-detached homes would be built before Christmas.

Work has started in the last week, dismantling the driving test centre that had been on the spot since the 1980s.

iWight Developments are behind the controversial Crossways plans in East Cowes with plans to build ‘better, more affordable and modern housing for all Islanders’ by modular construction — building elements of a house in a factory and linking the parts together on site.

However, the six homes — five privately rented and one affordable — may not be built by iWight Developments although the option has not been ruled out.

“The site at Medina Avenue is owned by the Isle of Wight Council and at present the council is working to remove the redundant buildings in preparation for future development as housing — this work should be complete shortly.

“Planning consent exists for six small semi-detached houses on the site and at the moment the council is considering options for building the houses.

“Working with iWight Developments is one such option, and it may be possible to use modular housing on the site, but no decision has yet been made on the detailed timing or materials for the development.”