Work at the former Frank James Hospital is delayed again, so there’ll be another Big Gathering on Sunday 11th December, with interviews being filmed by David George. 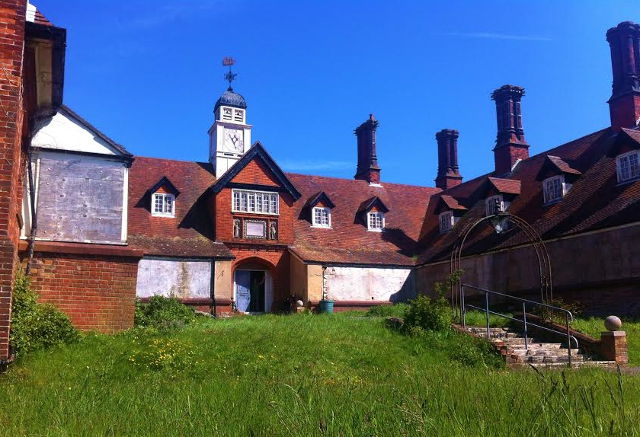 Steve Goodman from the Friends of Frank James shares this latest update. Ed

The owner has stated the start of their work has been delayed by a new Land Registry error.

It should now start after January 2017.

Big Gathering
We’ll be having another ‘big’ gathering on the afternoon of Sunday 11th December for anybody wishing to join us, between about 1pm and 4pm.

Al fresco seasonal refreshment optional (I’ll bring some disposable cups, a bottle opener, a bottle or two, and a bag or more for anything left behind.)

Interviews on film
Island film maker David George also plans to join us, and would like to interview willing people on site again.

For those unfamiliar with David’s excellent short film of the Friend’s workday back in April 2012, here’s a link:

Well done to the people who go to the big gatherings and looking after the site. The owner of the site has had plenty of time to sort out errors like the land registry issues I feel this is just another delaying tactic from the owner.

Vote Up80Vote Down
Steve Goodman
Thank you. To clarify; it’s the (still multiple) owner’s representative who we are in regular contact with. The number of owners has reduced since the Friends became involved (we were able to help that to happen), and the latest reduction was said to have revealed the LR error. (We know that a previous error contributed to the FJ horror story). Until the owners start work, we will… Read more »
Vote Up80Vote Down
Green Light

Wise words, Steve Goodman! Hopefully, Frank James will soon come to use and flourish again. Our Heritage is precious.

Vote Up80Vote Down
Steve Goodman
A works update: As Islanders and visitors have noticed, the work to return to use as housing the Grade II listed former Frank James Memorial Hospital at East Cowes is progressing well. Outside the last of the overgrowth which took hold during the many years of neglect following the stalling of the initial conversion project has finally been cleared from the grounds at the front of the… Read more »
Vote Up80Vote Down
Concerned of Wootton

To see what can be achieved by common sense and a go-ahead council – google Chester Royal Infirmary. This was a former hospital, now a listed building and sympathetically converted into apartments.

There is certainly no shortage of similar common sense examples near and far; FJ demonstrates the choice of waste and stupidity by our previous go-to-hell council.