Call for Islanders to become volunteer responders during Coronavirus outbreak

Free course can help you ‘break the cycle’ of domestic abuse

There is much to gain with nothing to lose on the Mind the Gap course, created by internationally renowned, professional transformational coach, Maggie Currie. Her FREE course will show you how to move forward, not keep going round in circles. 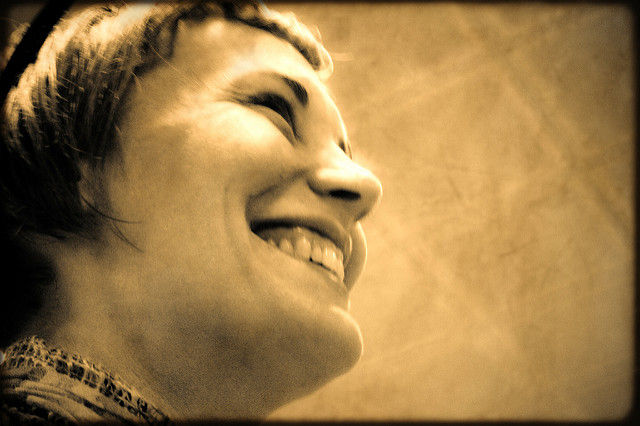 Did you know that one in four women and one in six men will, at some point in their lives, be affected by an abusive relationship? The statistics are pretty worrying and could mean that we all have friends or colleagues who are trapped in the cycle of abuse.

Domestic abuse has more repeat victims than any other crime, but it’s one that’s least likely to be reported to the police. That’s in part because it might not be physical, but psychological or financial abuse that’s being carried out.

Many people who are in abusive or bullying relationships – whether that’s at home or work – are often unaware the relationship is even abusive. They can suffer in silence for years, because they don’t even realise the behaviour is wrong or unacceptable.

It’s OK to seek help
If any of this sounds familiar, be assured you’re not alone. It can be hard to admit you’re in an abusive relationship – some people feel embarrassed by it, or are scared that speaking out will result in them being left on their own.

Help is here on the Isle of Wight with the introduction of the FREE ‘Mind the Gap’ coaching course from of Break the Cycle CIC, designed to help rebuild your self-worth and move forward positively.

Learning how to move forward
The new course, written by highly-experienced life coach, Maggie Currie, gives those affected by domestic abuse the skills and confidence to ‘Break the Cycle’.

Spread over 12 modules – each just two hours long – rather than simply learning how to deal with the perpetrator of abuse, this course gives you the skills to move forward, so you can avoid ‘going round in circles’.

Maggie wrote the entire course as a follow-on to the Freedom Programme which is offered nationwide by Refuge. Run by Maggie and Kelvin Currie, this course is unique and has been piloted, amended according to the feedback received and proven to have great results.

Strict confidentiality
Unless you give your permission for it to be spoken about elsewhere, everything discussed on the course is treated with absolute confidentiality.

As well as your privacy being maintained, you can take part in the knowledge there will be no judgement of your situation.

No question you might ask is ever considered to be stupid or pointless, because everyone taking part is treated with total respect.

What others say
‘Break the Cycle’ has already had some wonderful success stories from the courses they’ve delivered here on the Island, as well as on the mainland. Such as one woman who’d spent 35 years in an abusive relationship, but after completing the course, had the confidence to leave the relationship and went on to start her own business.

Maggie’s course has helped those taking part understand they have the ability to be in control of their lives. Here’s what some have said:

“I have learned that I can do anything. I don’t deserve to be abused. My self belief has increased significantly. I have discovered that I am a strong person. I am enjoying making my house my own home and being able to put my own rubbish out.

“I am stronger than I thought and capable of being in control of my life – making the right decisions for myself.”

Sign up for FREE course now
Thanks to a Lottery grant, ‘Mind the Gap’ courses are absolutely free of charge to those taking part.

The next two courses are being held at the Jigsaw Family Support in Ryde. One in the daytime and one in the evening, both beginning in early November.

With so much to gain and absolutely nothing to lose, why not sign up today?

You can find out more about Mind the Gap course by visiting the Break the Cycle Website.

Call on (01983) 754666 or email – hello@breakthecycle.org.uk. For complete anonymity you can use an encrypted email address – sueisland@tuta.io

Highly-experienced life coach and trainer
Maggie Currie is an internationally renowned, professional transformational coach and consultant, published author and radio presenter, who has spent more than a decade learning her skills and working with clients throughout the UK and worldwide from her base on the Isle of Wight. She is one of the best coaches in the world, and is one of the top 10% of coaches in the UK. Read more about Maggie’s experience and approach on her Website.

Maggie explained that before starting any course, those taking part are always told that if they’re in anyway uncomfortable having Kelvin there, he will happily leave. To date, nobody has asked him to leave and he provides some really valuable input and, for some, a realisation that “not all men are the same”.

Kelvin is an experienced trainer having run courses at corporate and local level for people of all backgrounds from management to members of the public and corporate bodies. He has vast experience of management of people and understands their needs and how to help them reach their full potential.

Our thanks to Break the Cycle CIC for sponsoring this event feature. They and other businesses taking paid promotion enables you to continue reading OnTheWight for free