Friends of Isle of Wight Libraries have their say

Library campaigners share their views with Ed Vaizey on changes to the Isle of Wight library service. 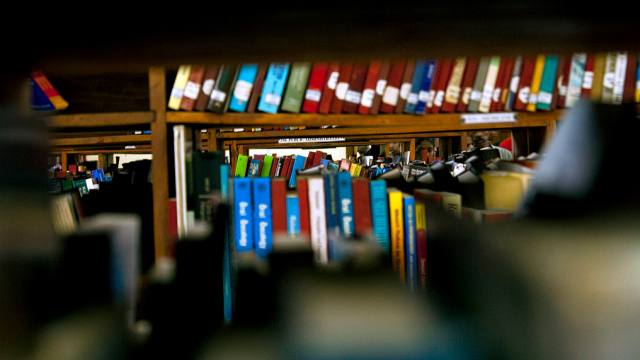 Readers will remember that back in September Minister for Culture, Communications and Creative Industries, Ed Vaizey, said that he was ‘not minded to direct a local inquiry over Island libraries.

He added that before making his final decision he was keen to hear further representations from community groups, members of the public, etc.

Friends of the Isle of Wight Libraries made their submission this week and were happy to share it with On The Wight readers.

Library service changes show serious decline, say Friends
They say that the data they’ve collected to date gives them great cause for concern with regard to the future of the Library Service on the Isle of Wight.

They go on to say, “We do not feel confident that the library service has been improved by the Councils changes, rather the opposite in fact, as shown by the serious decline as evidenced by the statistics given in this submission.”

For the full submission, see the document sent to the DCMS, embedded below for your convenience.

Click on the full screen icon at the bottom of the embedded window below to see larger version.

Very interesting document I hope everyone reads it.Congratulations to you all for this excellent submission.

Newport and Ryde have only 3 self service machines each making that a total of 6 not 12.

statistics were copied from freedom of information request , there seems to have been an error , it is correct that it is 6 self service machines , not 12, this maybe what is intended in the future, as other libraries were marked for having them as well.

Vote Up00Vote Down
rosie
well, well, cll pugh has done it again. having the deadline for library campaigners to submit letters to minister ed vaizey from sept to 31st oct in regards to the library service as above, all statistics were supposed to have been included which was obtained from several freedom of information requests, including the self service machines , the costs and the effect on the libraries, there was… Read more »
Vote Up00Vote Down