The application for a house at Blythe Way, next to Batts Copse and Sibden Hill nature reserve in Shanklin, was turned down by councillors last year due to the size and scale of the building. 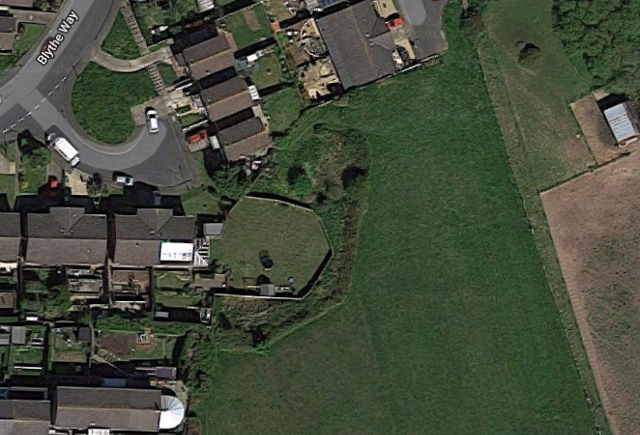 A homeowner, branded a ‘garden grabber’ by neighbours, has been given permission to build a house in his garden next to a nature reserve — despite claims he has no rights to the land.

The application for a house at Blythe Way, next to Batts Copse and Sibden Hill nature reserve in Shanklin, was turned down by councillors last year due to the size and scale of the building.

The plans were approved by councillors, who said Mr Hilson had taken onboard comments from the previous meeting.

Councillor for the adjoining area and committee chair, Cllr Chris Quirk (Shanklin South), was unable to comment on the plans because he’d known the applicant and lead objector for many years.

“Can something not be done so the member appoints a representative to speak on their residents behalf? They have no representation.”

Local opposition
The plans attracted more than 70 comments from residents and neighbours who claimed the land was gifted to the town to be used by the public and should not be built on.

A certificate of lawfulness was granted to Mr Hilson six years ago, as he had successfully demonstrated the land had been used by him as a garden for more than 12 years after he had fenced it off and claimed it as his own.

This is scandalous!!!
And it also discredits all decent and honest councillors.

If the IWC ever give planning permission to this man they will lose whatever standing they still have among the population.”

[[Following correction made to the article, we spoke with Cllr Brodie and given the change in circumstances he was fine to have this comment removed, as it was no longer relevant. Ed]]

Vote Up24-1Vote Down
septua
Unfortunately Mr. Hilson was legally able to obtain ownership of the land. Neighbours must have been aware that he had taken possession of the land, and should have informed IWC that he had done so; this might have prevented him from acquiring ownership. Looking at the aerial photograph I am surprised he gained planning permission to develop the land. As Cllr. Brodie says, it would have been… Read more »
Vote Up21-1Vote Down
nickstuart

Mr Hilson is a greedy selfish individual. He has taken advantage of Council neglect of a gifted piece of land with his knowledge as a former local Councillor. Any organisation which has him as a member could consider disbarring him. Contemptible