Tickets are selling fast for this special evening of Cabaret and song being hosted by Isle of Wight Gay Men’s Chorus and raising money for the Breakout Youth Project, which provides an invaluable service to LGBTQ young people. 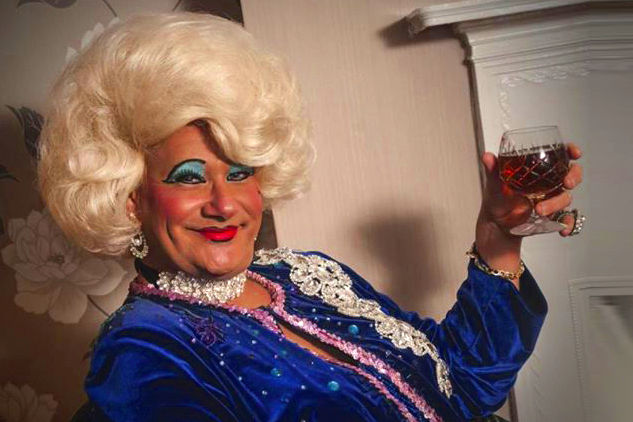 Bembridge Village Hall and The Isle Of Wight are bracing themselves for the arrival of the spectacularly talented International Drag Queen Miss Jason.

Following hot on the heels of their successful sell out Christmas show, the Isle of Wight Gay Men’s Chorus are inviting you to a special evening of Cabaret and song, entitled ‘Life’s a drag!’ at Bembridge Village Hall on Saturday 23rd July, 7:30pm (doors open at 7pm).

There will also be a few special guests from the award winning Actually Gay Men’s Chorus in Brighton, who are coming along to support our Chorus.

“We are excited and proud to be hosting such an amazing variety of music genres on this evening. We hope to provide something for all tastes in music. The Chorus have put a lot of effort in over the past three months and we are looking forward to raising lots of money for Breakout Youth Project and supporting the younger LGBTQ population on the Island.

“To have such a well known Drag Artist as Miss Jason coming along is a great coup and a great opportunity for the Islands Gay community, to see what their counterparts in other areas of the Country rave about!”

Tickets are selling out fast, but some are still available online. Best of luck! Perhaps next time you can do a show at the East Cowes Town Hall (Any White Theatre) and bring some glamour to the North of the Island.

Hi Luisa, thanks for your kind words, we are always willing to visit other parts of the Island and would love to support the excellent work you do for your residents in Easy Cowes xx Isle Of Wight Gay Men’s Chorus xx

Vote Up00Vote Down
Luisa Hillard
LOL @ ‘Easy’. Make it so! Maybe you can start an annual Isle of Wight Drag Festival to combine with Gay Pride… I can just imagine all of the ‘Queen’ Victoria’s and Prince Alberts (>_<) wandering around East Cowes. I've been thinking that we need an annual festival of some sort and unfortunately the ukulele festival is already being done. ;) Seriously, it would be a lovely… Read more »
Vote Up00Vote Down
IWGMC

Vote Up00Vote Down
Luisa Hillard
For a moment I thought I was going to agree with you for the first time ever… but no, it would seem not. Forcing someone to attend a drag show serves no real purpose in terms of changing attitudes towards LGBTQ. Public humiliation doesn’t tend to engender feelings of peace and brotherhood. I personally hate ‘gesture politics’. Let’s all just be authentic. If he want’s to attend… Read more »
Vote Up00Vote Down
shadow

Perhaps a seat next to our homophobic MP?