A whopping £20,000 was raised at the Gift Fair, the equivalent of one day’s care with Mountbatten 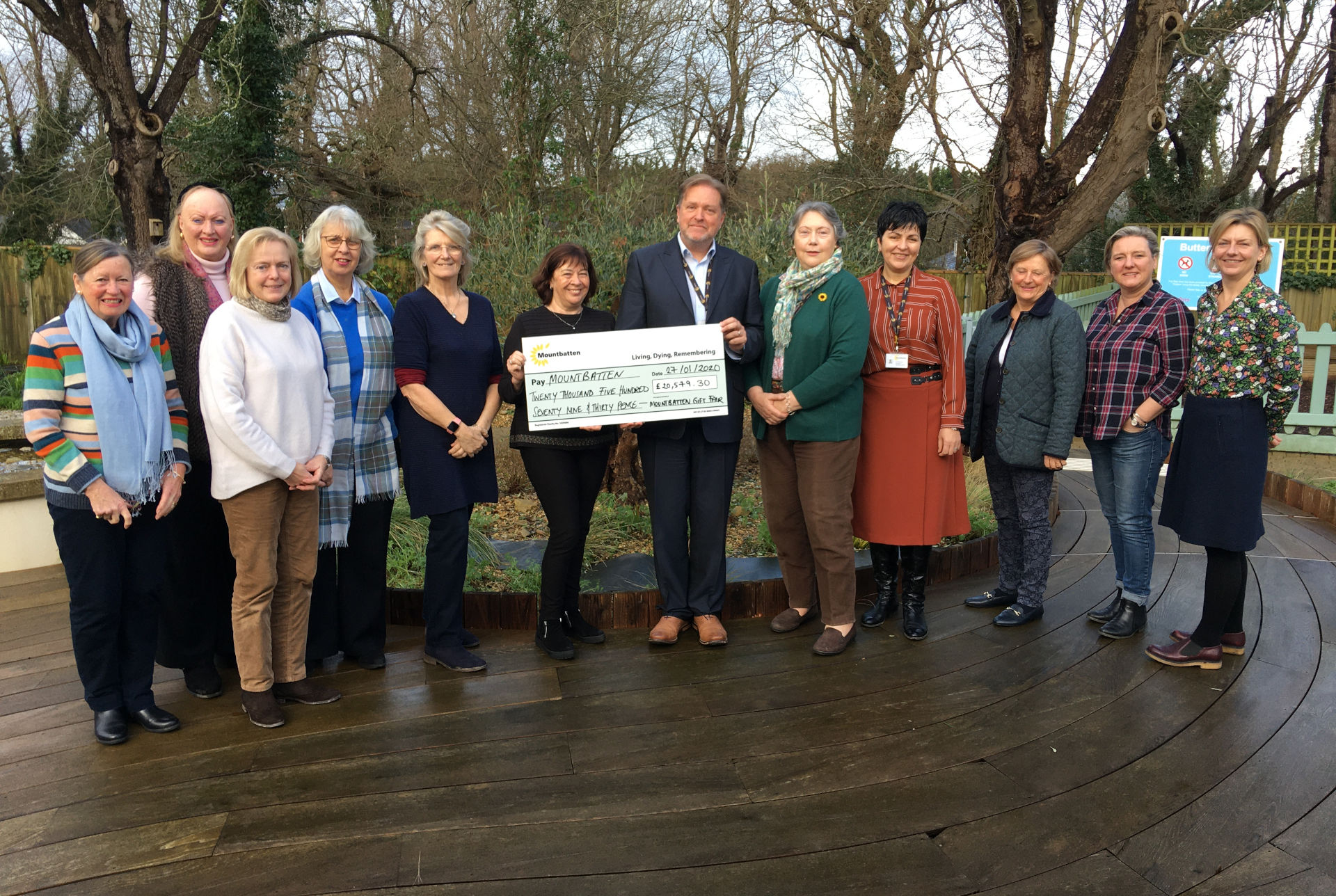 A record amount of money was raised at the Mountbatten Gift Fair in November.

The event’s organising committee handed over more than £20,000 to Mountbatten on Monday.

It means the fair at Bembridge Sailing Club, sponsored by Spence Willard, has raised more each year since it was re-started in 2016.

“We would like to say a huge thank you to our wonderful Island community for supporting us so generously once again.

“We were delighted to raise this amount of money, the equivalent of one day’s care with Mountbatten.

“The fair has very much established itself and we look forward to doing it all again this year, on 27 and 28 November.”

Cocktail party opened gift fair
A cocktail party was held on the opening night of the fair the sailing club welcomed more visitors the following day.

More than 30 mainland and hospice stalls were available to shoppers, alongside a raffle and lucky dip.

“It’s a phenomenal amount of money and once again we are indebted to the gift fair committee for organising this event.

“We feel very lucky to have such amazing support.

“The money is crucial to us because the need for our services on the Isle of Wight is consistently growing and we have to continue trying to help as many people as possible.

“We simply cannot do that without the support of the community, so thank you.”

News shared by Matt on behalf of Mountbatten. Ed

1 Comment on "Bembridge Annual Gift Fair raises over £20,000 for Mountbatten"