Both from Sandown, the Girlguiding volunteer leaders were presented with the Silver Oak Leaf Awards by Girlguiding’s South West England Region (pre-Lockdown) 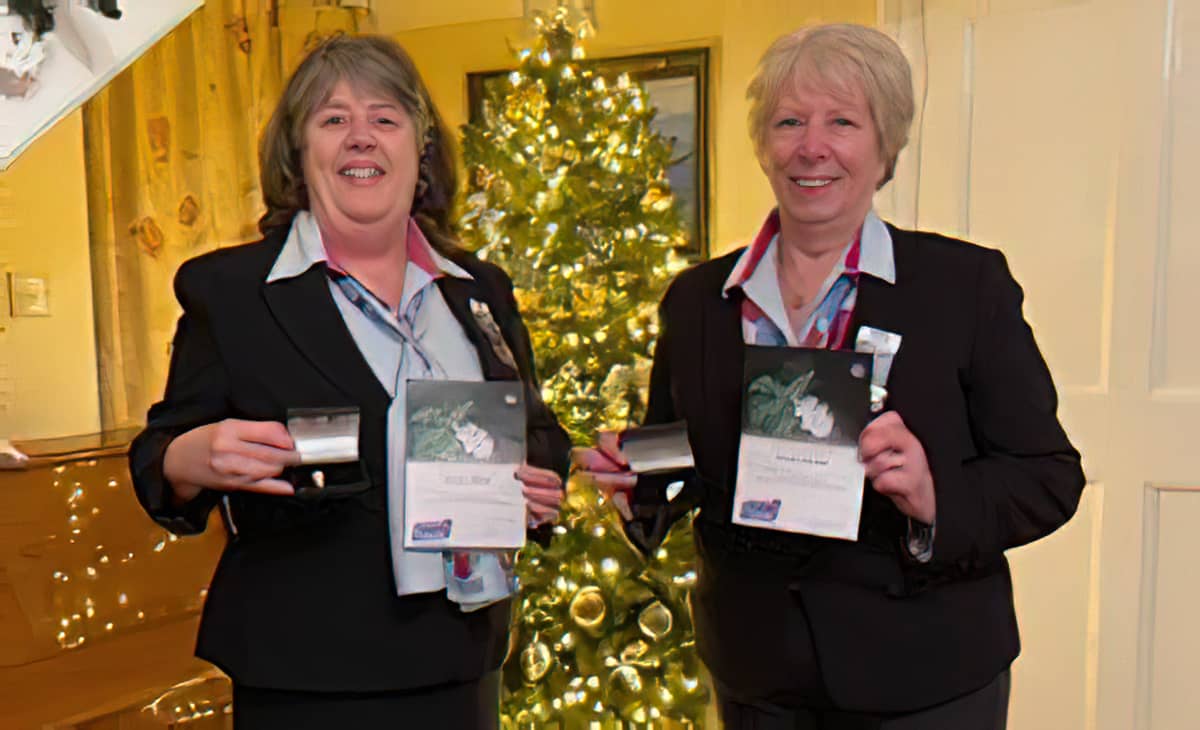 Two volunteer leaders for Girlguiding Isle of Wight, with over 60 years service between them, have been awarded Silver Oak Leaf Awards by Girlguiding’s South West England Region.

38 years service
Lesley’s citation included mention of her 38 years service, both on the mainland and at Sandown, her commitment to Regional Girlguiding and her activities within the Sandown community including her work with Sandown Carnival.

26 years service
Shirley has completed over 26 years service, ten years on the Isle of Wight as a volunteer, and her citation mentioned her commitment to Regional meetings especially with welcoming in new members to these meetings where she served as a member of the Awards Committee for SW England Region.

Having completed five years as Island Commissioners both Lesley and Shirley decided not to retire completely from Girlguiding, but to continue as leaders of 5th Sandown Brownies as well as holding executive positions.

These awards were presented by South West England Regional Commissioner, Carole Pennington via a Zoom meeting, at the end of 2020.

News shared by Suzanne on behalf of Isle of Wight Girlguiding. Ed

Congratulations, Lesley and Shirley. You must have enriched many children’s lives over all those years. My sister and I loved Girl Guides – the friendships, challenges and adventures.