MD, Andrew Wickham said, “This is fantastic recognition for the entire Go South Coast team – and not least all my colleagues at Southern Vectis here on the Isle of Wight.” 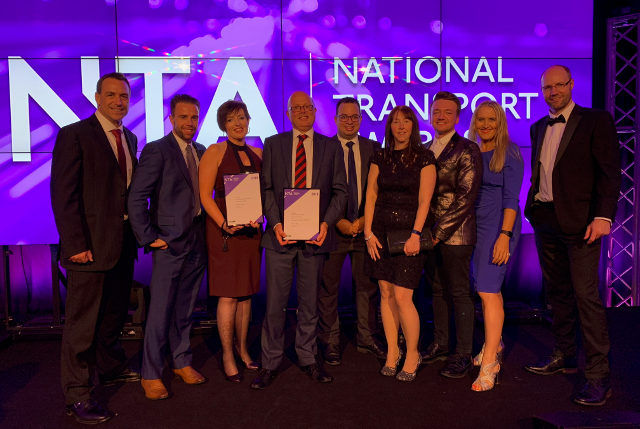 “This is fantastic recognition for the entire Go South Coast team – and not least all my colleagues at Southern Vectis here on the Isle of Wight.

“Southern Vectis has been at the forefront of new bus technology over recent months because we have invested heavily in new vehicles to encourage more people to leave their cars at home and use public transport instead.

“As an employer, we know it takes a great deal of hard work to attract and retain the very best talent. We are committed to developing our team, ensuring they have every opportunity to reach their career goals.

“I’m delighted judges at the National Transport Awards have recognised our efforts. I’d like to congratulate everyone at Southern Vectis and thank them for everything they have done to establish us as the UK’s very best – both as a bus operator and an employer.”

The news follows success for Go South Coast in both the UK Bus Awards and RouteOne Awards – with the company achieving top place in both.

“We’re thrilled by this success, but we won’t stop here.

“Our aim is also to ensure people on the Isle of Wight enjoy comprehensive bus services – and that means listening and responding to our customers’ needs wherever possible.”

The annual National Transport Awards celebrate the successes achieved on national and local transport projects. Judging is based on tangible efforts to improve the experience for transport users – ultimately adding to the successful development of the nation’s transport infrastructure.