Government announce free menstrual products for all schools from 2020

The Government plan to launch a new scheme by early 2020 to provide menstrual products in all schools, from primary to colleges. 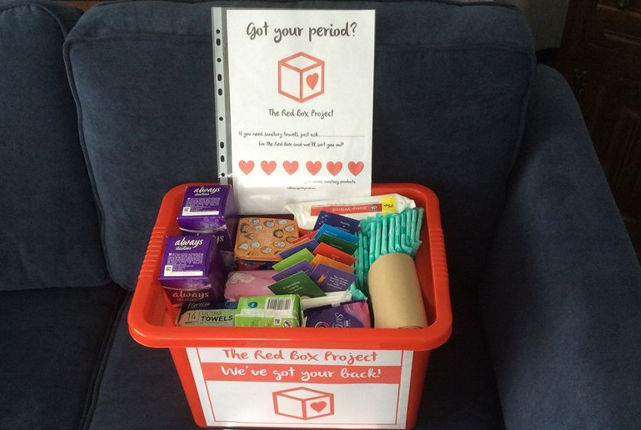 We’ve done it! The Department for Education today announced that the Government will offer free menstrual products to all Primary schools in England from 2020.

This announcement is in addition to the pledge made by the Chancellor, Phillip Hammond, in his Spring Statement last month when he announced that the Government would fund free menstrual products in all English secondary schools and colleges.

All schools from 2020
The latest information suggests that instead of launching a scheme for secondary schools and colleges in September 2019 as was thought, the Government will launch one scheme to include all schools in early 2020.

So, what does this mean for the Red Box Project – Isle of Wight?

No immediate change for RBP IW
Firstly, nothing will change immediately and we will continue to support all the Island’s schools and colleges that have Red Boxes as we have been doing since last September when the Island’s project was set up.

To date, more than 90% of the Island’s schools have at least one Red Box and we will continue to offer boxes to the few schools which are yet to benefit from one.

Widening the project
Secondly, we will continue to widen the project to include youth services and venues, where students can access a Red Box out of school hours as periods don’t just happen in term time!

And finally, we will continue to raise awareness of the Red Boxes and continue to talk about period poverty as a way of trying to tackle the embarrassment of periods and the stigma still associated with
menstruation.

“It’s the news we’ve all been waiting for – It’s terrific! The Red Box Project – Isle of Wight was set up to fill a gap in provision to help young Island students stay in school during their period, rather than having to miss out due to lack of sanitary protection.

“I couldn’t be happier that all our collective voices up and down the country have highlighted the very real issue of period poverty and that the Government has acted!

“Once the Government scheme is in place, the Red Box Project – Isle of Wight will cease. That is likely to be around this time next year based on the information we have so far.”

News welcomed
Posting the news on Social Media this morning, other comments from the “Friends of the Red Box Project – Isle of Wight” Facebook Group included:

“This is fantastic news, it’s about time the government did something right!”