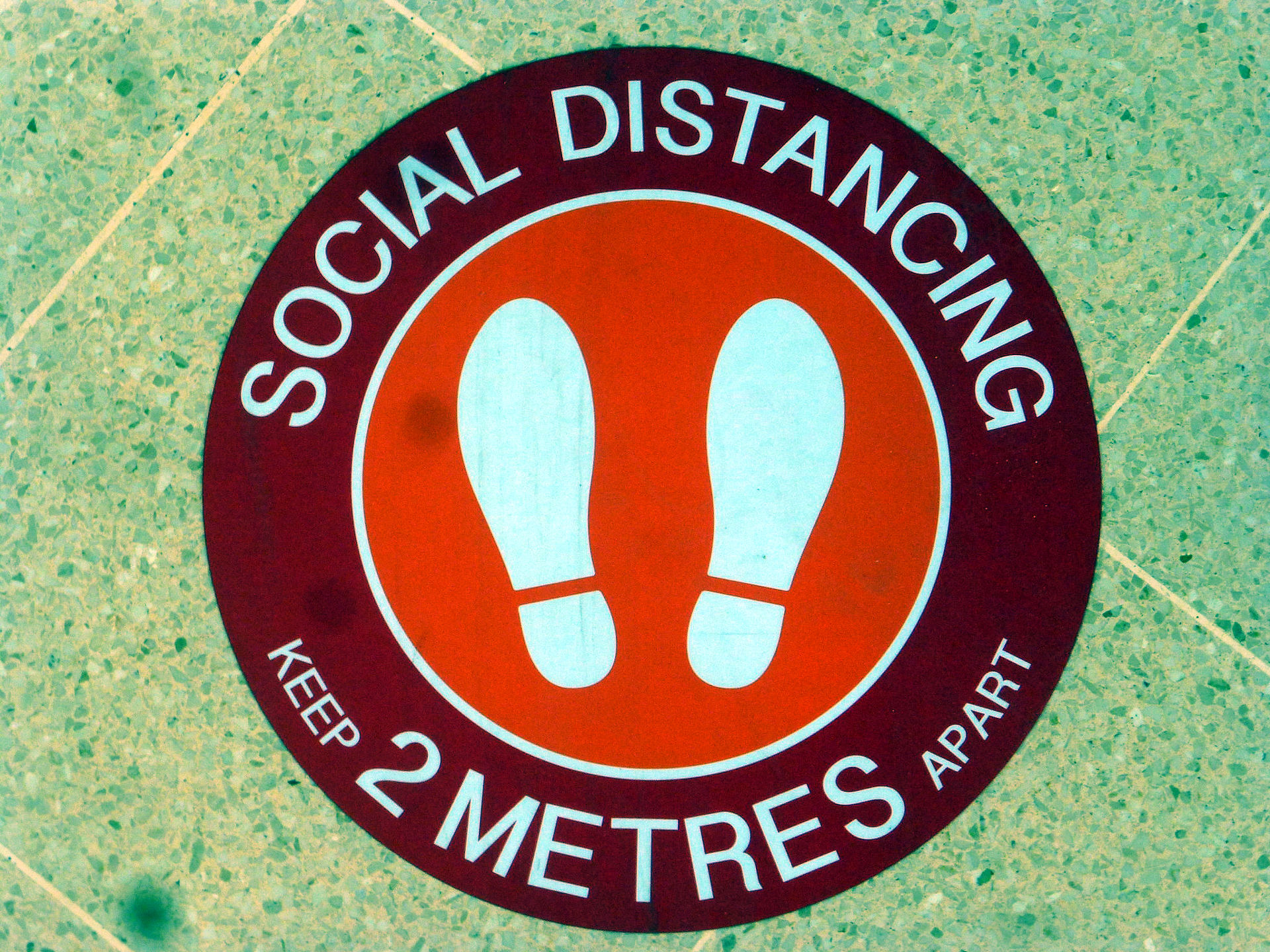 Schools have slowly been opening to more students this week, but with no ‘clear message’, one Isle of Wight headteacher has said he does not know what may happen come September.

Almost three months after schools were closed, a small number of pupils are allowed back on-site — at primary level, children cannot be in groups larger than 15 and at secondary schools, only 25 per cent of Year 10 are allowed on the site at any one time.

Vulnerable children and those whose parents are key workers are still given priority to attend school before the other pupils.

“This guidance currently asks schools to undertake a risk assessment to ascertain how many children they can safely accommodate adopting all the measures in the guidance.

“It states that primary schools should prioritise attendance in the following order: the children of key workers and vulnerable children, Nursery and Reception Year, then Year 1 and then Year 6. If there are any spaces left then they can then offer those to children of other groups.”

Staffing issues
However, the level of staffing is an issue raised by many parents — if classes are split, due to social distancing and building capacity, who will teach those unable to fit in the classroom.

The council spokesperson went on to say:

“Children cannot be accommodated in groups larger than 15 though and therefore staffing is a limiting factor. If classes are split in two then twice as many teachers are required for each class.

“Schools have also been asked not to incur additional staffing costs. It is therefore impossible within the current guidance for all primary aged children to safely attend school.”

Social distancing rules
There have been questions over whether, due to the need for two-metre social distancing, other buildings can be used by schools. But the council say that most recent guidance from the Department for Education (DfE) does not allow community buildings to be used to expand capacity this term.

“The council looks forward to receiving clear guidance from the DfE on the anticipated timetable for a full return so that schools can plan for this.”

Measures in place at secondary schools
In secondary schools and higher education facilities, Year 10 and 12s are allowed to be back for face-to-face contact, but not all at once, with schools installing one-way systems, hygiene protocols and social distancing measures.

Headteacher of Cowes Enterprise College, Rachel Kitley, has said it has been a challenge so far but happy to have the pupils back and is proud how the school has coped.

“Under the phased reopening, we have enough space to socially distance, particularly as our building is so open plan meaning we can social distance equally well in teaching spaces and across the school.

“The safety of everyone at our school comes first, so we will continue to look to government and scientific advice when it comes to reopening to all students – but what we have demonstrated so far is that with flexibility, good planning, good organisation and the support of all parties, we can make this work so that children get the education they need and deserve.

“Right now, we are delighted to have our Year 10 pupils back, but we are also looking ahead to the next phase. As long as it is supported by the scientific and medical advice, then we are keen to re-open fully, to all year groups.

“Our number one priority is getting the school running as smoothly as possible under the ‘new normal’. Once we have a clear understanding of what that looks like, we’ll be able to consider the potential next steps, of course continuing to put the safety and wellbeing of staff and pupils at the forefront of any decisions.”

At the Isle of Wight Education Federation (IWEF), all three sites, Carisbrooke and Medina colleges and the Island Sixth Form, at Nodehill, were opened again on Monday (15th June) after moving operations to Medina to limit the number of staff involved.

At Carisbrooke and Medina, there are different times for the groups of students to come in, with staff on a rota for a day, although the number of students going into school is still relatively low.

Parr-Burman: Government has been so flip-floppy with things
Matthew Parr-Burman, executive headteacher of the IWEF, has said so far there have been no worries, but laid out his concerns for what may happen in the coming months and said a clear message needs to be given by Government, ideally before the end of June, before any planning can be done for the start of the next school year.

“For September, there are three scenarios that could happen. A second spike so back to lockdown or everything is back to normal. A more likely scenario is you would be open for half the students.

“But what we are not doing is planning every single scenario – we are pausing a little bit because the government has been so flip-floppy with things.

“They just need to send out a clear message, there doesn’t appear to be much strategy at all and therefore I can’t plan because until I know what the parameters are, it is impossible for me to know.

“My worst-case scenario is at some point in August, the government will say the schools will open in September for this that and the other because at that point I have no time to plan anything. Unless I know before the end of June what it is going to be like for September, what the expectations are, I think we are going to struggle to respond because we need three weeks with staff around.

“Staff are really good and they do respond during the summer holidays but sometimes they don’t, I mean why should they, they are on holiday.”

“I appreciate it is unusual circumstances but all schools are after is a little bit of clarity. Say for example they said to me now we want you to open for 50 per cent of students in September, I could manage that. But not knowing is the hard thing.”

Image: citytransportinfo under CC BY 2.0

newest oldest most voted
alisonjane
It is obviously difficult to accommodate all pupils to go back to school. Most schools have an average 30+ pupils per class. For 3 months leisure centres, offices + other ‘public’ buildings have been empty. Why weren’t these opened up for children to be taught in? The weather has been unusually hot + dry, so parks + beaches could also have provided a terrific place for learning.… Read more »
Vote Up80Vote Down
Colin
Unfortunately the government hasn’t a clue how anything much works. They just like to make the headline decisions and leave the ensuing chaos for those closer to the action to try and make it work. From a promising start at the beginning of the pandemic the politicians have reverted to type and just lie, generalise and pretend they know what they are doing. Here’s my take on… Read more »
Vote Up8-2Vote Down
wellsm

“I would suggest that the official figure of 200 cases on the Island is about 40,000 short” Any data in support or is this just another wild assumption along with all the other fake news we haev to listen to?

By the way, I agree that the government’s performance relating to resumption of schooling has been and is appalling.

Vote Up3-1Vote Down
Colin
@wellsm It’s in my comment “just a guess”. With the number of deaths on the Island not correlating with the number of official infections cases, as stated elsewhere, the Island would logically have significantly more than 200 infections. Why not 40,000? Nobody knows. If the second wave does not happen then it may imo be safe to assume that the first wave was far more widespread as… Read more »
Vote Up3-1Vote Down
attilathepun

Why not open now? The children must be going up the wall.

Two reasons:
a) the government is giving no direction
b) Ms Bousted (she of “mucky” and “snotty” children fame, aka head of the NEU) is quite content to try and gain maximum political advantage from this mess so she brings no positive proposals to the table.