The councillors involved with the proposal say reducing the number of times grass verges are cut each year – from seven to two – could save money and boost the Island’s ecosystem. 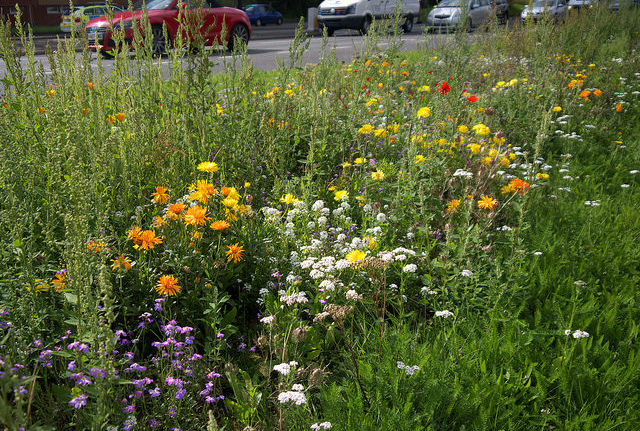 The amount of times grass verges on the Isle of Wight are cut could be reduced, in a bid to save money and boost the Island’s ecosystem.

The Isle of Wight could follow in the footsteps of Dorset County Council which has saved almost a quarter of a million pounds by reducing the number of times the grass verges are cut from seven to two a year.

The trials involved different methods of management to reduce the soil fertility within the verge itself and decrease grass growth.

They found this approach led to roadside verges rich in delicate wildflowers, providing a valuable source of nectar for bees, butterflies and other pollinating insects.

Cllrs travelled the country
In December, Cllrs Cllr Steve Hastings and John Hobart travelled to the county to meet with Dr Phillip Sterling and Giles Nicholson, of Dorset’s Green Team.

A report, due to go before the scrutiny committee this week says:

“With the squeeze on public finance we have much less money available to satisfy this demand, and with milder autumns and springs leading to extended growing seasons, there is greater public pressure on us to cut more rather than less often.

“In Dorset they are taking a different approach to these problems, and they start from the principle that if they can reduce the amount that grass grows in the first place, they will have less to cut, and this should cost them less.”

A report by the two Isle of Wight councillors says:

“This approach has also won over the public, as vast areas of verges are more colourful and visited by many more wildlife species some of which are recognised as Dorset specialities.”

Image: samsaunders under CC BY 2.0

If they are genuinely concerned about the wildlife then they need to stop Island Roads spraying everything with Glyphosate.

A great idea and I support it – as long as the two cuts a year are at the correct times for the flowers and insects.

Vote Up40-2Vote Down
richardshanklinite
With the squeeze on public finance we have much less money available..so why do two councillors need to spend £??? to go Dorset for a day creating more costs and greenhouse gases to produce a report of two paragraphs or is there more? Do the council have phones they could use (or Skype) which would then mean they would have more time to get on with some… Read more »
Vote Up29-6Vote Down
richardshanklinite

Do the 5 downs like to see our money wasted? or do they know more than has been written in this long report?

Vote Up3-3Vote Down
Colin
Some verges would probably benefit from not being cut; I agree. However many verges are used by pedestrians when cut, to get off the roads and avoid motorists. Others have drainage ditches which need keeping clear and many others need cutting so that visibility of motorists is not impaired at bends and junctions. The island has narrow roads where many of the verges would be and diguising… Read more »
Vote Up12-5Vote Down