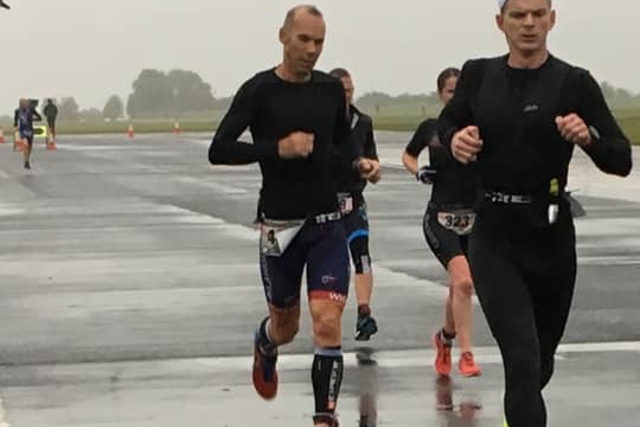 This event was held on the Bedford Autodrome, so guaranteeing fast times on such a flat course. The Standard Distance Duathlon started with four laps of the 2.5km run course, followed by eight laps of a 5km cycle route around the airfield, and ending with another two laps of the run course.

However, the weather gods were not on his side, as the rain was prevalent for most of the race.

Sean finished a fantastice fifth in the 45-49 age group and 32nd overall from 125 male starters. However, as he move up an age group in 2020, Sean finished third in the 50-54 category which guarantees him automatic qualification for next years European Age Group Standard Distance Duathlon Championships.

This will be Sean’s second time wearing a GB trisuit as he raced in the World Duathlon Championships in Aviles, in France in 2017, where he finished eighth in his age group.