Announced today, Southampton’s new ‘Green City Charter’ is a framework to move Southampton towards a low carbon, cleaner economy. A first in the UK. Should the Isle of Wight council have their own Green Charter? 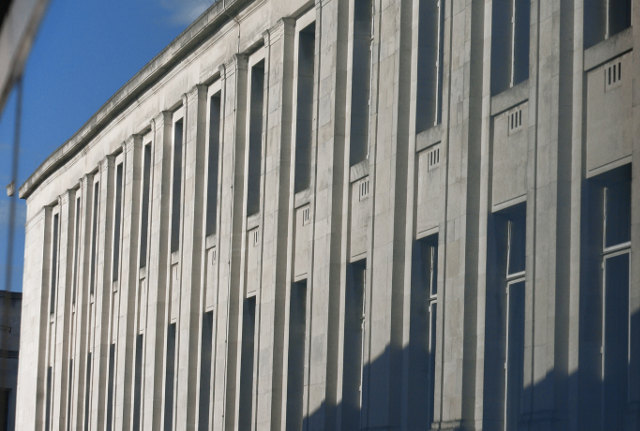 Plans for an “ambitious” pollution-cutting charter have been unveiled, which civic chiefs hope will “safeguard the city for years to come”.

Revealed just moments after proposals for Southampton’s non-charging Clean Air Zone were unanimously approved, councillors presented the Green City Charter, which aims to tackle all types of pollution, and not just nitrogen dioxide (NO2) – which government has lobbied the city to reduce to 40mg by 2020.

11 themes
The brief seven-page document selects 11 “themes” which the council says it will use to move Southampton towards a low carbon city, cleaner economy, and greener landscape. These themes include: Sustainable and Active Travel; Sustainable Energy; and Conserving Resources.

Civic chiefs say this is different to the Clean Air Zone NO2-reducing plans as it’s not something that has been forced upon them by Westminster, and instead something they have chosen to do in a bid to make the city’s air cleaner.

OnTheWight has contacted Isle of Wight council to ask them if they would consider their own Green Charter to form future policy.

It was announced at Southampton City Council’s special cabinet meeting, at the O2 Guildhall, where more than 80 residents and business owners turned out.

First in the country
At the meeting, city councillors claimed that this of charter is the first to be announced by any local council across the country, with councillors hope others will “follow our lead”.

They added that they want the charter to be used as a framework to implement policies that will reduce pollution and waste, minimise the impact of climate change, and stop health issues related to pollution.

Looking at all pollution
Council leader Chris Hammond also revealed to the Local Democracy Reporting Service that he and fellow Labour frontbenches have set a target NO2 level of 25mg by 2025, while they also look to reduce other polluting materials – such as particulates, across the city.

The authority will now, having today unanimously approved the concept of the charter, look to opposition members, residents, and businesses to help develop the plan, in time for an official signing-off in the spring.

“The charter is about that long-term vision for the city.

“It’s important to think what future generations will ask us about why we failed to address the pollution issues in our city.

“The charter will be about us starting to safeguard our city for years to come.

“I would urge all of our residents and businesses to help us shape this charter.”

“This, I hope, shows how ambitious we as a council hope to be in tackling this problem.”

More information on how locals will be able to get involved are set to be revealed soon.

Image: Say_No_To_Turtles under CC BY 2.0

Besides the obvious problems with stationary traffic along Fairlee Road every morning the other one is collecting dustbins on major routes at peak commuting times.

The ferries would be the fly in the ointment with that one. Even if every road vehicle on the island was electric there would still be all the ship oil/diesel pollution that they emit, even the new hybrid one.