Another prestigious award for Isle of Wight comedy writer

Online comedy has meant she can do her own thing and make her own opportunities, says Isle of Wight writer, Hannah George, who last night picked up a Writers’ Guild Award. 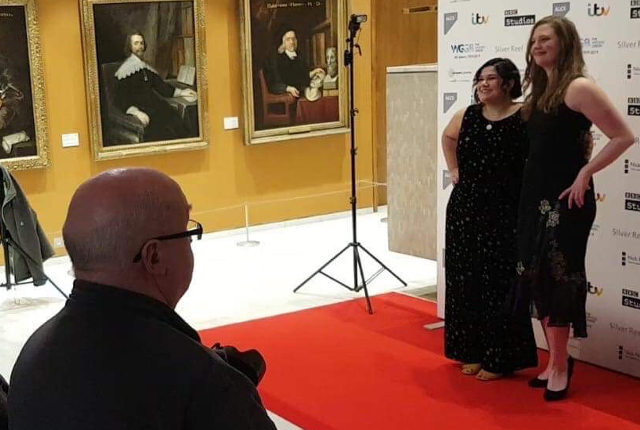 Congratulations to Isle of Wight writer, Hannah George, who last night (Monday) picked up a Writer’s Guild Award for her role in creation of the BBC Three comedy short, ‘Where Are You From The Game’.

The BBC Three sketch, which was created with Tasha Dhanraj and featured Toby Williams, Tom Mooring, Tash Vasandani, Tea Smart and Oscar Perez-Pelaez, has had over 8 million views online in just five months.

George: Making our own opportunities
Last night Hannah and Tasha were presented with the Writers’ Guild Award for Best Online Comedy. “We’re delighted to have won this award – online comedy means we can do our own things and make our own opportunities.”

As well as featuring many well-known and much-loved guests, from Jenny Eclair to Lucy Porter, there have been sell-out live shows.

When women sit around and drink we try to solve the world’s problems. So we’re taking back the night and putting our inebriation to good use. You’re welcome.

See our archive of news articles about Hannah’s career which started out with her being named “Officially Britain’s Funniest Woman” by The Sun newspaper.