How Can You Expect To Be Taken Seriously?

Whoops! All of the objections that Ventnorians had made to Cheetah Marine plonking a building on valuable public parking places on the Ventnor seafront seemed to slip the minds of our local councillors.

The sun may not have been shining in Ventnor last Wednesday morning, but it was certainly shining in the hearts of all Ventnorians, as they awoke safe in the knowledge that their County Councillors had secured a greater future for their beloved town.

Johnny Basildon Bond (what a great fella he is!) put in a marvellous performance at the DCC hearing of the Cheetah Marine proposal for a boat building factory and storage area on the Eastern Esplanade car park.

The ladies in the chamber and public gallery were swooning as he put on his very best pompous voice and delivered a speech that would’ve made Churchill damn proud of him.

The virtues of sticking a whopping great building bang next to the kiddies paddling pool are very clear dummies, don’t you realise it will put Ventnor on the map again!

Holiday makers will be swarming to the area, filling our hotels and guest houses, just to get a glimpse of a fibre-glass boat being ‘finished off’ behind the closed doors of the factory.

All this fuss made about losing car parking spaces must be complete nonsense, because according to Basildon “I know best” Bond, ‘the car park is seldom, if ever used’.

Sadly he suffered with the same amenesia (poor old soul) as his fellow Ventnor Councillor (see below, the Scoch), forgetting about the 47 people (source: IOW Council) who objected, as he assured the DCC that this development would be the greatest thing going for Ventnor focussing only on the letters of support!

“Cheetah Marine will be to Ventnor, what Sunseeker is to Poole”, he’d previously told us. Whoops, once it was pointed out that Sunseeker had folded several times, it soon changed to “Ventnor will become the new Padstow!” Wow, really, that’s brilliant, perhaps Ventnor will even attract a celebrity chef? Rick Stein might relocate, afterall, he does already use Ventnor Brewery beer in his restaurant. 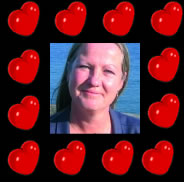 And as for Susan Gotcha, well, such a shame she’s losing her memory – she completely forgot to mention those of her constituents who opposed the scheme, not even one little mention.

The way she chose to put it was that she’d “spoken long and hard to local residents – vast majority are supportive in one way or another.”

Perhaps she should get out a bit more, instead of hanging around with choral property developers?

Never mind that though, she did a wonderful job on behalf of those who supported the scheme for the council to sell off the FREEHOLD of public income-generating land next to a kiddies paddling pool, so that’s alright then!

At the end of my first year as County Councillor for Ventnor West, the most important change for Ventnor which has now been concluded, is the extension of the Conservation Areas to cover a large part of our Victorian seaside town. It also includes the Esplanade, the area under most pressure of development, and thankfully a planning brief, approved by the Development Control Committee on 14th March, will hopefully ensure that Ventnor will achieve the right developments to take it forward into the future whilst respecting the buildings of its past.

Let’s not forget the looks of disbelief in the public gallery when planning officer, Andrew “I’ll do it my way” Pegram suggested that anyone working at the boat factory would walk to work everyday, thereby not taking up much needed parking spaces in what would be left of the car park. Up and down that cascade twice a day … looks like Cheetah Marine staff are going to get very fit very soon. What a great way to reduce the demand on the NHS. Perhaps everyone working in Ventnor should be encouraged to do the same! Our Council Tax bills might drop from being the third highest on the Island by next year.

So, there you have it Ventnor. Silly me for thinking that Councillors are there to represent the people! Looks like the Tories are taking tips from New Labour. Ha Ha!

Oh, one last thing that you won’t find in the minutes of the meeting when they are finally released by the Council (why does it take so long?) … a record of the Isle of Wight Councillor who said ‘that he never thought much of Ventnor anyway.’ That old stick in the mud Chairman, asked for it to be struck from the record, and we were just starting to realise how certain decisions about our dear town might’ve come about.

6 Comments on "How Can You Expect To Be Taken Seriously?"

Vote Up00Vote Down
Bertie
Good grief! You are surely not suggesting that our beloved Councillors (or heroes to some people eh Mark?) do not take into account the representations of the MAJORITY of their constituents are you? Take SS for example. Anyway, she took into account the representations of what has now become The Undercliff Gardens Action Group, when they asked her to recommend refusal of Planning Permission to her pal… Read more »
Vote Up00Vote Down
oldie

I would have thought it’s pretty easy to guess who the “spiteful nasty person who initiated the complaint to the Council to close down certain businesses on the Esplanade” was; obviously it was someone with power who gets on with county hall and who didn’t like all the letters of opposition to the proposed developments and who wanted to “mix it”.

Vote Up00Vote Down
sparky colin
No good guessing. Ask for the name under the FOI Act. They can’t refuse. Here’s another possible anomaly. At a meeting on 23rd, The TC “supported” a proposal by Scoccia for a “feasibility study” to “deal with the problems of the Esplanade” and gave a grant of Â£2,000 towards such study. Firstly, who will carry out this “study”? Not the tall thin man, I hope? Secondly, is… Read more »
Vote Up00Vote Down