Well done to everyone involved and who took part in the book sale, which has raised hundreds of pounds for the 4Ps Radio School for young people. 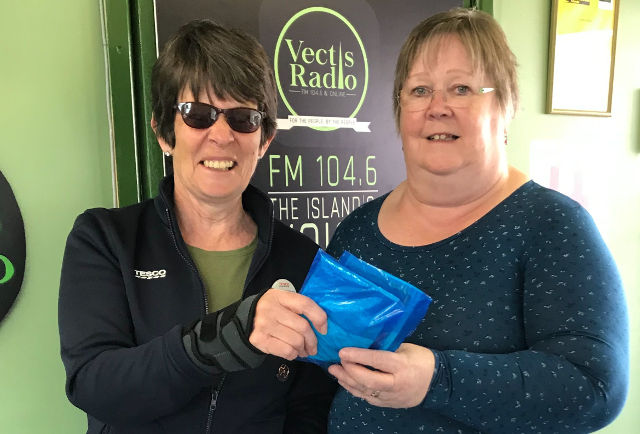 Vectis Radio has paid tribute to its listeners, supporters, and Tesco customers, after a book sale at the supermarket raised almost £400.

The community radio station – which needs funds to maintain and develop its 4Ps radio school for disadvantaged young people – asked listeners if they would be willing to donate any books.

“We were blown away by the support. Our studio was only just big enough to hold the books that people were bringing in, and we are so grateful to them and to Tesco, who gave us the opportunity to sell the books at their store in Ryde, to raise much needed funds.

“Every penny we raise is put to good use, and the response to our appeal shows just how much community spirit there is on the Isle of Wight. And, of course, we were delighted at the response of Tesco customers too!”

Proceeds from the book sale were handed over to Vectis Radio presenter Maggie Currie, who came up with the idea, by Tesco Community Champion Jan Gibson.

The Vectis Radio 4Ps Project delivers training in radio and communication skills to young people from its studio at the Riverside Centre in Newport.