The birthplace of international powerboat racing will be welcoming the fleet of powerboats for the iconic Cowes – Torquay – Cowes powerboat race over the bank holiday weekend. We have the details. 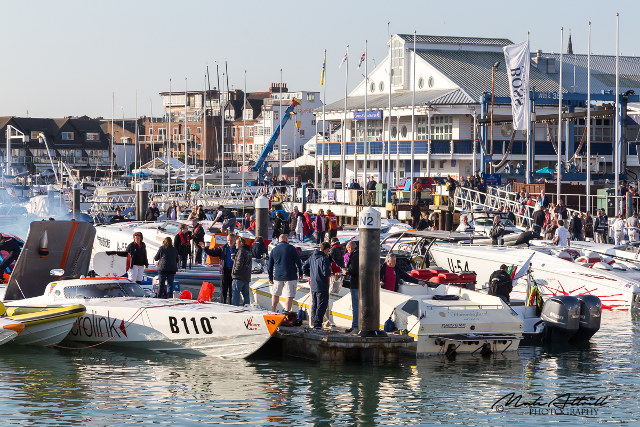 Malc shares details of this event returning to Cowes this coming weekend. Ed

Now in its 58th year, this August Bank Holiday weekend (25th/26th) sees the return to Cowes of the historic Cowes-Torquay-Cowes Powerboat race, and the smaller Cowes-Poole-Cowes race.

With over 30 boats already entered, including boats from the UK, America, Belgium, Bermuda and Sweden, this year promises to be the biggest for many years.

The 200-mile Cowes Torquay Cowes race has long been recognised as one of powerboatings toughest challenges, and comparisons have been made with motorsport events such as Le Mans and the Indy 500, and competitors will be competing for the prestigious Harmsworth Trophy as well as the

2018 World Offshore Championship and 2018 UKOPRA British Offshore Marathon National Championship
The boats will be based in the Cowes Yacht Haven, and visitors/spectators will be able to get close up views from the Harbour walls all day Saturday 25th and early Sunday 26th. 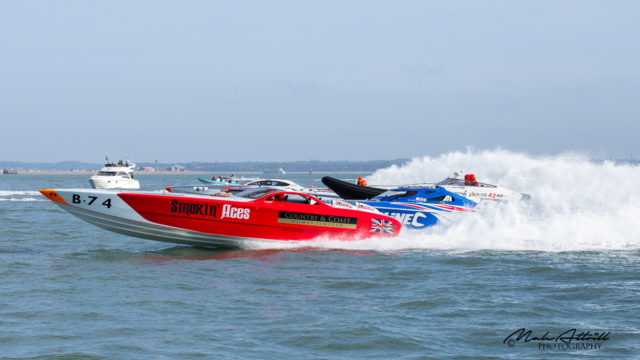 The sound of roaring engines will start early Sunday morning as crews do their final checks, and activity on the water will be evident from approximately 08:45 when the racing fleet will parade past Cowes Green before mustering to the east of the Cowes Harbour entrance.

Race boats will then pass at speed in a convoy past the Snowden sailing mark before starting the actual race to the sound of the cannon between The Royal Yacht Squadron line and the Gurnard North Cardinal Buoy at 09:30.

The main race will be followed by the Cowes-Poole-Cowes race start at 09:45.

Cowes-Poole boats will start to appear back in the Solent from 10.45.

Depending on the conditions, the fastest Cowes-Torquay boats should start to appear back in the western Solent from 15.00 for a finish off the Gurnard North Cardinal Mark at Egypt Point.

All timings are approximate.