All these schemes to improve busy roads and junctions will take place at night in order to minimise disruption. 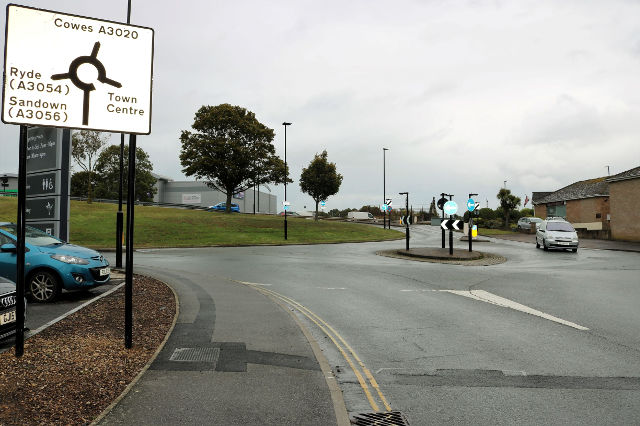 Improvements are to be carried out to busy sections of the Island’s highway network in a series of night-time resurfacing projects by Island Roads this month.

Cedar Hill at Carisbrooke, Shanklin Road’s approach to Whiteley Bank roundabout and West Street in Ryde are all scheduled for improvement work.

Roundabouts
In Newport, the Lidl Roundabout at Holyrood Street, the Daish Way Roundabout, and South Street, Newport outside the bus station are all also programmed for improvement.

The works are being undertaken overnight in order to reduce disruption given the busy nature of the sites.

Though much of the focus of this year’s improvement programme is focused on residential roads, there is still significant activity planned for the busier sections and the August programme reflects that.

Information signs will be put out in advance of the schemes to advise motorists of the necessary closures and letters will be sent to affected residents to explain more about the work.

Overnight roadworks
The improvement will be undertaken between the hours of 7.30pm and 6am although the Lidl Roundabout will remain open until 10pm each night to accommodate the late opening hours of the store.

“These are all schemes to improve busy roads and junctions but by working at night – as we have done throughout the project – we do hope to minimise disruption.

“We would like to thank residents and businesses in advance for their understanding and co-operation and we look forward to delivering these improvements at some very prominent and well-used locations.”

The scheme is part of the Island’s Highway Improvement Programme which is financed in the main through a grant of £477 million awarded by the Department for Transport.

5 Comments on "Improvements to busy roads to take place overnight"

Think Ventnor town centre roads must be being left until last – maybe it is alphabetical !

The answer is we are the poor relations, places like Bembridge, will always come first. It’s about snobbery and supposed class and money of course

Having taken over ten minutes yesterday evening to get from Lynbottom via Robin Hill roundabout and the Hare & Hounds traffic lights to the bottom of the hill at Arreton, that appears to be a road junction that needs attention as it is not the first time I have experienced such delays there. Widening the road to allow two lanes either side would help.

Vote Up7-2Vote Down
Benny C
Sensible approach, surely, to advertise ahead and carry out these works at night, which is the subject matter here. Good to see something with a big local impact being managed, apparently well. By Island Roads, though, not IOWC. I do hope the road team site foreman I spoke to recently was joking when he claimed they get diverted from their schedule because they are told that one… Read more »
Vote Up50Vote Down
1andi

when are they going to finish wilton park road and Atherley Road, in shanklin