The National Pensioners’ Convention says “there is considerable evidence that the inequality inside generations is greater than that between generations” and Solent WASPI say it should not be a question of old versus young﻿. 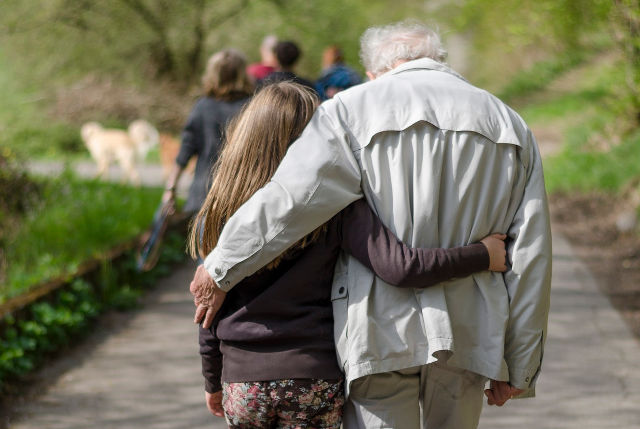 Authors of a recent report from the House of Lords Select Committee on Intergenerational Fairness and Provision claim it is more nuanced than has been presented.  But while the mainstream media headline grabbing ‘end pensioner benefits to help the young’ is, of course, meant to be provocative, that is indeed its general thrust.

Not a question of old versus young
Following publication of the Select Committee’s report, a national newspaper poll asked readers to say which pensioner ‘benefit’ they would, or would not, give up to help the younger generation.  We wholly reject this question because it is based on a false premise.

In a country as wealthy as the UK, where there is more than enough to go round, it is not a question of ‘either/or’, old v young.

It is a question of rich and poor.  There are far too many poor people in ALL age groups and that is where the focus should be.  It should not be on pitting one generation against another.

“Young people may need more help, but we disagree that this should be at the expense of the older generation.

“Means-testing, for example, results in significant numbers of very poor older people missing out …… in practice, many at both ends of the age spectrum need our society’s support and an advanced economy like the UK is well placed to provide it.”

They have to survive in the limbo between 60 and their new state pension age, many with no private financial provision after a lifetime of inequality.

And on 15th May, new Pension Credit rules come into force that will hit new claimants in the poorest mixed-age couples.

Filed under: Government, Island-wide, Letter to the Editor

Vote Up40Vote Down
hialtitude
There will soon be a further nasty shock for some pensioners who are married couples, where one of the pensioners is below the new pensionable age as they can now be forced to claim Universal Credit rather the current pension credits. This change is effective from May 15th, it could leave some couples up to £500 a month worse off. My understanding is that it will only… Read more »
Vote Up3-1Vote Down
Mark L Francis

The reason politicians implement policies agInst the young, such as paying them less benefit for being under 25 is because they dont vote and older people do. I notice this is House of Lords report, who nobody voted for anyway. Its down to millenials to get out and vote. Statitistics show they would vote overwhelmingly Labour and Remain.

Vote Up5-2Vote Down
seanmosley
It is indeed a valid point that the inequality inside generations is a significant issue. However, there is a complete disconnect between the sentiment of this letter (help the poor in all age groups), and the aims of the WASPI campaign, which is to achieve a bridging pension/compensation for ALL women born in the 1950s, regardless of means. If WASPI were thinking of poor people in all… Read more »
Vote Up6-13Vote Down
emma74

There’s no disconnect at all between pointing out the facts on intergenerational fairness and the campaign. The maladministration action is a completely separate issue. You seem to advocate means-tested justice. Or maybe that’s just for 1950s born women.

Vote Up60Vote Down
Rowan
The state pension should be the same for everybody. The pension age should have been equalised by allowing men to get it at age 60, not making women wait an extra six years. Means-testing just puts off many eligible people from claiming in the first place. Much fairer, simpler, cheaper to administer, and more effective, is to make things fairer through taxation: old people with lots of… Read more »
Vote Up9-1Vote Down