Ahead of the rumoured visit by the interim head of Ofsted this week, Labour repeat their calls for the creation of a taskforce – featuring education experts, teachers, governors and parents – to carry out a detailed study as to why education attainments lags behind the mainland in many areas. 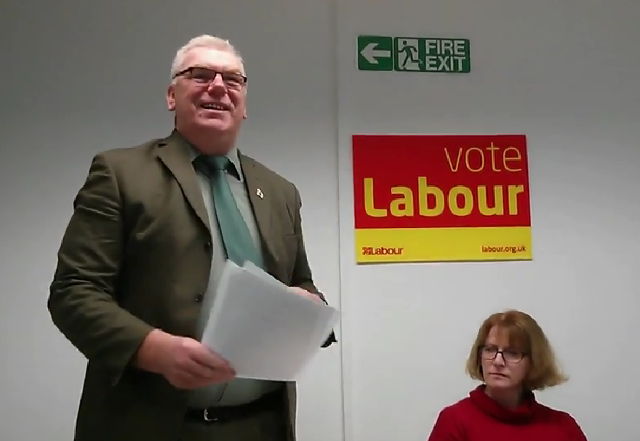 Island Labour is this week calling on the IW Council to seek Ofsted backing for the idea of a taskforce to be established to investigate why education standards on the Island remain low.

Labour has repeatedly called for the creation of a taskforce – featuring education experts, teachers, governors and parents – to carry out a detailed study as to why education attainments lags behind the mainland in many areas.

“My view is that the Council needs to put at least the same emphasis on raising educational attainment on the Island as it does on public transport – a subject over which it has no real influence and not even a statutory duty.

“Education should be a much higher priority for this current administration and a positive first step would be to establish a taskforce to take a fundamental look at the reasons why too many of our children are being held back.

“Obviously Mr Kempton and Ofsted will not have all the answers but I would hope Cllr Bacon would seek to enlist Ofsted’s support for our proposal. We have written to Mr Kempton to outline our view in advance of this Thursday’s meeting.”

“I am pleased that the Chair of Ofsted is coming as we had asked and I hope he will look at the real issues and join the Chief Inspector of Schools in dismissing the Conservative proposals for going back to selection as irrelevant.

“Teachers on the Island have been working hard to improve standards and raise the aspirations of all pupils and a selective system will inevitably undermine this by sending a message to the majority of pupils who do not get selected that they are not good enough.

“The Isle of Wight Labour Party will be asking our delegate to the September Conference to argue for a new deal for education in seaside towns and rural areas. Schools in London were turned round by the last Labour Government by means of investment, collaboration between schools and support to teachers, not by grammar schools, and we need that here. In Kent, which has grammar schools, they only take only 3% of poorer pupils.”

What with its work on the Syrian refugee question and now this sensible idea to help improve educational standards, it looks as though Labour is really getting its at together.
All it needs now is an electable leader.

Vote Up00Vote Down
Colin
Why education on the Island lags behind the mainland? How long have you got? We have Academies, Free schools, Studio schools, Faith schools, LEA schools. Each has their own agenda and some have funding to increase their capacity when their new school is built. This after a well publicised campaign from IW council that there are over 1100 surplus places on the Island when they tried to… Read more »
Vote Up00Vote Down
Steephill Jack
Too many funding sources and a mess with changing government policy = chaos. Ventnor demolished its Middle School to build a new Ventnor primary school that replaced 3 with 1. Now the primary school, which was opposite the new one, has been demolished and a splendid new secondary Free School is being built. Maybe the Free School could have be contained in the Middle School building ?… Read more »
Vote Up00Vote Down
Vix Lowthion
You don’t need a ‘taskforce’. That would be another layer of administration, a further complication, another delay to improving recruitment, retention, staff morale, results and aspirations. It’s clear that there needs to be a Coastal Towns strategy – and in fact Teach First are beginning to lead on that and sending bright new teachers into coastal areas, not just inner cities. David Hoare was speaks about coastal… Read more »
Vote Up00Vote Down
Mat

It is just ‘Jumping on the Bandwagon’Vix

Vote Up00Vote Down
Stewart Blackmore
A Task Force would not be another layer of administration; what would it ‘administer’? It would be a forum to bring together those who are passionate about education on the Island and have something to offer which could be put forward as a coherent policy for our children’s future education needs. Also, the Labour Party already has a Coastal Towns Strategy, Vix, which is coordinated by Labour… Read more »
Vote Up00Vote Down
Vix Lowthion
It’s a layer of administration when you are asking incredibly busy island teachers, parents, governors and experts to run a taskforce on top of their daily pressures. A single public meeting with unions, governors and teachers and parents – like the one before the summer with the NUT at Newport Football Club that spoke at – would highlight the key issues at stake and inform politicians what… Read more »
Vote Up00Vote Down
tyke
Vix. We have had a fundamental change to the Island’s educational structure and for three years we have had ‘experts’ from Hampshire working to improve attainment. Despite this, the results remain poor. Very poor. Unacceptably poor. I fear your notion that a public meeting is enough to sort it all out is laughable. We need to take a step back to take stock of all the factors… Read more »
Vote Up00Vote Down
Vix Lowthion
Sorry – I think it’s a case of when you’re a parent and teacher and been a governor and talk at conferences about education, i spend an awful lot of time listening and talking about these issues to the extent that another announcement of a desire for a taskforce doesn’t seem that radical! In the same way that every election, Andrew Turner announces another Ferries taskforce. It… Read more »
Vote Up00Vote Down
Steephill Jack

Andrew Turner must fight HIS government for more funding to IoW Council and for more £ per pupil to match the other ethnic ghettos. Otherwise he’s useless.

Vote Up00Vote Down
tyke
Lots of points here that may or may not be right. For what its worth I think there are other factors apart from funding formulas, school structures and fractured provision. I suspect there are issues such as aspiration (or lack of) and geographical isolation that come into play as well. Bottom line is a proper ‘taskforce’ would perhaps give us a wider perspective rather than simply a… Read more »
Vote Up00Vote Down
Mat

Locally,it is about who can get their name in the media.

BTW,Is it just a rumour that there is a split in the Island Labour Party?

Vote Up00Vote Down
Minnieb
When will the Labour Party understand that they have failed generations of clever children by their refusal to accept that the ‘one size fits all’ comprehensive school system has failed? Even Professor Halsey, who advised the Wilson government on the value of comprehensive education, later admitted that he was wrong; that bright children do not bring up the standards for their less academic schoolmates, but often just… Read more »
Vote Up00Vote Down
tyke

Minnie. Unfortunately not all kids have pointy-elbowed parents driven to getting them into grammars and free schools. The comprehensive system is not a prescription for failure and the issue here is why IW kids lag behind those in comprehensives on the mainland.
Surely that is a reality that needs examination as proposed by Labour?

Vote Up00Vote Down
Minnieb
Tyke, sadly perhaps I do not have pointy elbows; instead I have seen my very able children completely let down by comprehensive schools. My daughter refused to continue with her school education because in English, for example, the A level class was being taught how to punctuate sentences with commas and full stops! Her feeling was that she was wasting her time with a curriculum dumbed down… Read more »
Vote Up00Vote Down
Colin
Further to my original posting I see that AET at Ryde are advertising a vacancy. Within the advert it states that the current school roll is approximately 1000 pupils and will rise to 1500 by 2017. Would anyone like to explain where the additional 500 pupils will be coming from and which schools are liable to suffer or close having lost 500 pupils? Have AET shared their… Read more »
Vote Up00Vote Down
Peter Geach
Too many students look to a University education as the way forward to a well paid career. Too many graduates leave university year on year looking for graduate level jobs, which in the main don’t exist. Result disappointment, disillusion and huge debt. Even in the good times of full employment and a growing economy there were never enough jobs available needing the number of graduates produced by… Read more »
Vote Up00Vote Down
Colin
Did anyone watch “Question time” on the BBC last night? When it got to the audience part of the discussion on grammar scchols there was one articulate chap who silenced the rest of the gathering who were rather anti grammar school with his experience of an old Secondary Modern school where he quietly stated that it was the most appropriate education for him as he was never… Read more »
Vote Up00Vote Down