Members of the Keep Island Line in Franchise shares their responses to the Dept for Transport proposal re the future of Island Line trains. 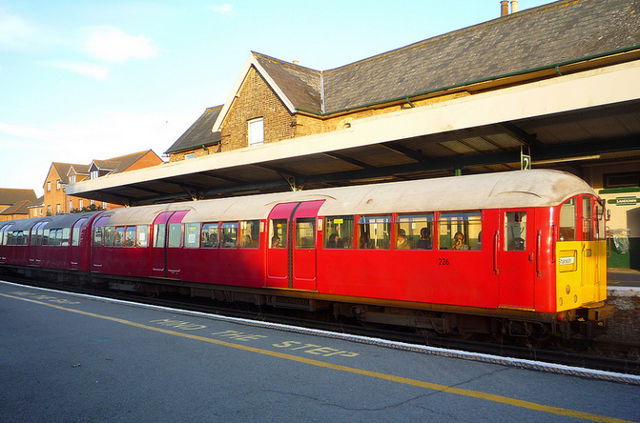 This in from Keep Island Line in Franchise (KILF) campaign groupo. In their own words. Ed

The Keep Island Line in the Franchise (KILF) Campaign is cautiously welcoming parts of the
announcement made today (Friday) by the Department for Transport (DfT) on the future of Island Line train service, while also expressing strong concerns about the Government’s singling out of the route for possible exclusion from the next regional franchise.

In a statement issued to local media – and in an article by Rail Minister Claire Perry published in the Isle of Wight County Press – the DfT has set out its preliminary proposals for Island Line ahead of a formal consultation later this year.

Concerned at some apparent inconsistencies
KILF has carefully considered the content of both the statement and the article, and is grateful to the DfT for setting out its position at this time. However the Campaign Group is concerned at some apparent inconsistencies in the Government’s position, and also how the Island could end up being disadvantaged when compared to other parts of the franchise area.

“We welcome the Government’s proposal that Network Rail should take on the full cost of maintaining the line’s infrastructure, including the track, pier and stations. This would be a hugely positive step forward, putting Island Line on an equitable footing with the rest of the rail network, and in doing so resolving the unique anomaly of this burden sitting with the franchisee.

“However while the DfT see this as a stepping stone to exploring alternative operational models, we consider that such a regularisation of maintenance arrangements strengthens the case for Island Line remaining as a full, integral part of a regional franchise. Such a change would mean that Island Line can be treated the same as other small rural routes in the franchise area, benefitting from the support of a wider operation.”

Service will be “starved of investment” without franchise
Chris Quirk added:

“While we agree with the DfT that the financial position of the service should be improved, we strongly believe that this can be best achieved within the efficiencies of a wider franchise, throughout the entirety of the next franchise period. A professionally-run regional franchise would be able to draw on significant economies of scale and wide-ranging expertise that would simply be impossible for a social enterprise or a separately-run business to match.

“Furthermore we consider that it would be entirely appropriate for the Government to incentivise (and obligate) the next franchisee (the Train Operating Company) to make the necessary capital investment as part of a longterm commitment to Island Line throughout the next franchise period. Without such a franchise-long requirement, we believe the service would continue to be starved of investment.”

Why is Island Line singled out?
Stewart Blackmore added:

“It is unclear why the Government are proposing that the Island should be singled out in this way. If small rural routes in Surrey, Hampshire and Dorset continue to benefit from the support of a wider franchise, why shouldn’t our local service have the same? Our geographical separation from the mainland should not be used as an excuse to treat us differently. We are part of the National Rail Network, and this should be complemented by the benefits of the wider franchise model for the duration of the next operating period.

“We need to understand from the DfT whether the references to a social enterprise model and a separate / selfsustaining business are being proposed entirely of their own initiative, or instead as a result of what has been advocated to them by our local representatives.

“The Island deserves clarity on these matters – and both the DfT and Andrew Turner need to explain why our community is being uniquely singled out for such an untested alternative, while other local rail services would retain the backing of a wider franchise.

“KILF will be redoubling its efforts over the coming weeks and months to ensure a clear message is communicated to the DfT about how Island Line must remain in the franchise for the next operating period, with investment being secured as part of this.”

Neither the ferries nor any potential fixed link have received equitable status with transport routes on the mainland so it is no surprise that the same is now being applied to the railway. As seems to have become the norm the island pays 1st rate taxes for what are at best 2nd rate services.

Vote Up00Vote Down
The Sciolist
I agree we appear to be singled out, but we are an island with no other rail services. Ask most reasonable people if island line is worth spending almost £60,000 of taxpayers money each week to subsidise, the answer has to be a resounding no. And even if we ignore the up to £40 million of public money needed to upgrade it for the long-term, the current… Read more »
Vote Up00Vote Down
castlewez
The Sciolist refers to the £60,000 a week of taxpayers’ money a week to subsidise, no doubt drawing on the figures the Minister quoted. These figures come from South West Trains. Has anyone ever considered: a) That decisions (or inaction) by South West Trains may have worsened the costs vs revenue gap by failing to address issues that affect revenue collection, such as the current inability of… Read more »
Vote Up00Vote Down
neilpalmer400
The failure to award SWT the 2 year extension is probably a good thing. As Castlewez questions, I’m sure bidders for the franchise will have some interesting ideas, and the threat of losing the franchise may even get SWT off their backside and encourage them to come up with some ideas. If Network Rail is responsible for the infrastructure costs (as they should be, considering they are… Read more »
Vote Up00Vote Down
richard
Neil I agree, I don’t understand how the problem of not being able to move through the carriages has not been fully resolved, it cannot be that difficult or expensive to of found a solution in this day and age? So it does seem as if it had been allowed to continue to increase losses to justify closing or removing from the franchise, a bit unfair, seeing… Read more »
Vote Up00Vote Down
vegamajor
Please correct me if I am wrong on this, but I understand that tube stock in London operates on a 4 rail system (i.e. 2 running rails plus 2 more rails supplying the electricity) whereas Islandline uses the 3 rail system (i.e. 2 running rails plus a third rail supplying the electricity). So even if there is some deep level tube stock available to buy from London… Read more »
Vote Up00Vote Down
Richard

You only have to remove one of the shoes..not expensive at all

As I understand it they would also need new earth returns which is not as simple as it sounds.
I also understand that the coach heating on the current Islandline stock was found to be inadequate in the winter months soon after it got to the island, and had to be upgraded; I wonder if that would be the case with any replacement stock.

Vote Up00Vote Down
neilpalmer400
vegamajor, The 4-rail to 3-rail electrical conversion is a fairly simple task. As to your point on heating, that’s a valid question. One would think that with deep-tube stock running in tunnels only has to be concerned with ventilation and cooling cooling as it does get rather warm underground. However deep tube stock does run above ground at the extremities of the tube lines, and therefore should… Read more »
Vote Up00Vote Down
vegamajor

neilpalmer400
Thanks for explaining that.
Cheers