In the first survey of its kind, Bus Users UK asked passengers to vote for their most spectacular routes – and the Isle of Wight operator, Southern Vectis, polled third in England for two of its routes. 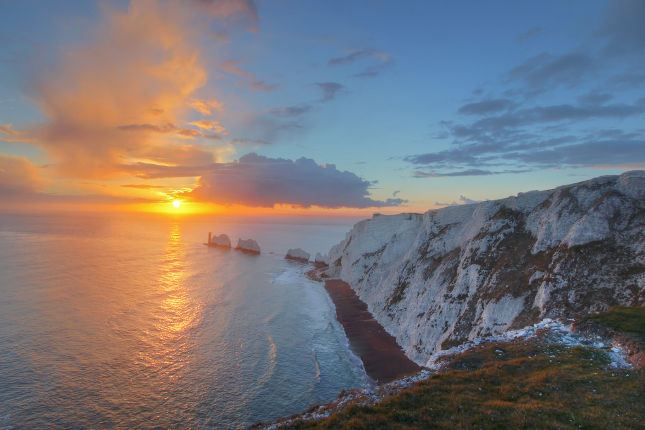 Two of Southern Vectis’ most popular services have been named among the nation’s six most scenic bus routes.

In the first survey of its kind, Bus Users UK asked passengers to vote for their most spectacular routes – and the Isle of Wight operator polled third in England for its Needles Breezer and sixth for the Island Coaster.

The overall winner was the 840 Coastliner from Leeds & York to Whitby.

“This is an incredibly beautiful part of the country – and we are blessed with the wonderful coast and countryside our routes run through.

“We’ve always felt our buses here operate within some of the country’s most attractive surroundings – and it seems voters in the poll agree with us.

“There are of course other beautiful landscapes across the UK -but the Isle of Wight is unique and special. We’re proud to serve here.

“Those who travel on our Needles Breezer service have the opportunity to do so on open-top buses during the warmer months of the year – making the journey even more memorable. And the beautiful weather we’re currently enjoying enhances the experience still further.”

Island Coaster
The Island Coaster from Yarmouth to Ryde runs between April and September and journeys through the southern coast – with breathtaking scenery and a number of superb locations like the Needles Landmark Attraction, Blackgang Chine and Dinosaur Isle along the way. Tennyson Down and Alum Bay are also along this popular route.

Needles Breezer
The Needles Breezer includes the cliff-hugging, dizzy climb from Alum Bay right up to the Needles Battery – high up to where the vistas out to sea are intoxicating. The service also links Yarmouth to Freshwater Bay, Dimbola Museum and Galleries, and Fort Victoria Country Park.

Article by Paula on behalf of Southern Vectis. Ed

Image: © With kind permission of keithjherbert

newest oldest most voted
tr2015
but we knew this anyway didn’t we. of course we have one of the most scenic bus routes, as we live on a beautiful island. it saddens me that SV don’t run standard buses on the coastal routes throughout the year, it is not only in summer the views are breathtaking, the atmosphere of a stormy day, with wind and waves lashing, is something that can only… Read more »
Vote Up5-2Vote Down
I do not believe it