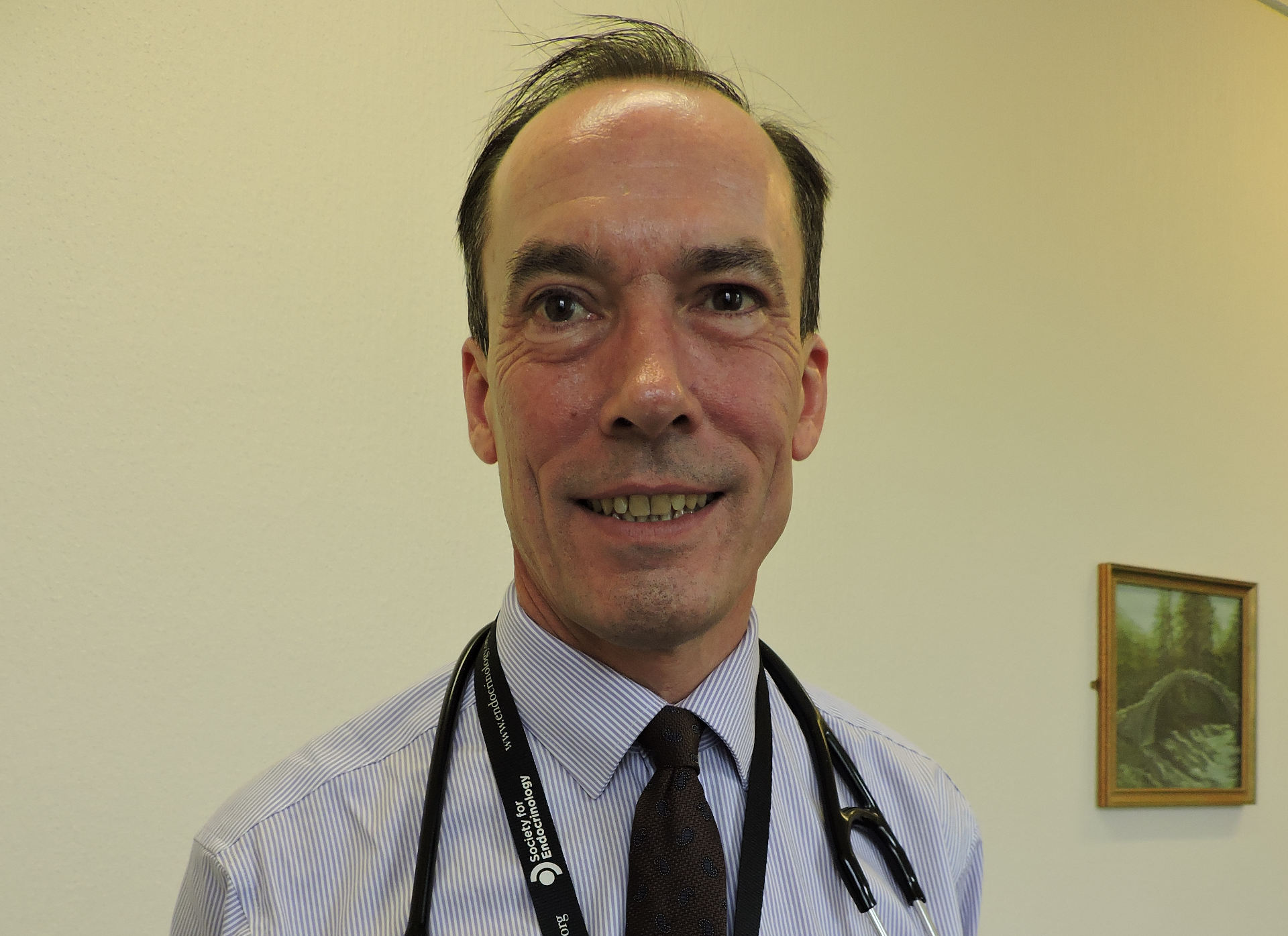 Consultant Physician in Endocrinology and Diabetes Mellitus, Dr Victor Lawrence has been awarded an Honorary Citation from the College of Podiatry.

Dr Lawrence, who is based at St Mary’s Hospital, will receive one of two prestigious awards given by the College at an annual awards ceremony later this year.

“We are delighted about the award conferred on Dr Lawrence. It is a tribute to his exemplary service for the people on the Isle of Wight.”

Nominated by colleagues
Dr Lawrence was nominated to receive the award by colleagues at St Mary’s Hospital and across the Solent for his dedication and proactive involvement in championing the cause of podiatry, the reduction of lower limb amputations as well as the support he gives to the development of practitioners within the Podiatry teams.

“Dr Lawrence works tirelessly to support the podiatry team. He is not only the designated medical practitioner for myself as an independent prescriber, he also acts as a clinical educator for all of the podiatry students from the University of Southampton and offers the opportunity for the Podiatry team to rotate through the joint diabetes foot ulcer clinic to gain experience and update their skills.

“I think his achievement should be recognised and applauded. We are very fortunate that he is a part of our multi-disciplinary team on the Island.”

The service helps people by reducing the risk of amputation and supports to maintain patient’s mobility. Last year the Podiatry service saw over 41,000 patients with almost 1,000 being at high risk of threatened limb loss.

Dr Lawrence will be awarded an Honorary Citation later this year at a prestigious ceremony to be held at The House of Lords.

newest oldest most voted
Tamara
Congratulations to Dr Lawrence! We are so fortunate to have a consultant of this skill and dedication on the Island, and I do hope he isn’t head-hunted by some mainland hospital. As a significantly higher proportion of the population of the Island is elderly, compared to the UK average, the number of cases of Type 2 diabetes is likely to be higher than average. We are also… Read more »
Vote Up4-1Vote Down