Isle of Wight council accused of not embracing Localism Act

Concern that the Isle of Wight council are not embracing the Localism Act has been shared with Communities Secretary, Eric Pickles. 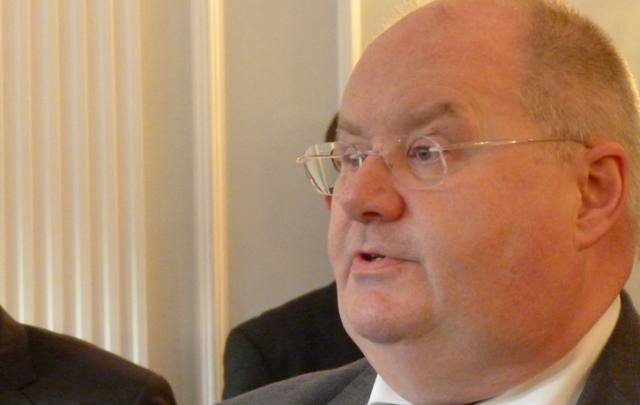 He wasn’t able to reveal the whole letter but explained that the thrust of it was to express concern at what the Ventnor Town Council considers the Isle of Wight council’s less than full-hearted embrace of the Localism Act.

Bid for Enterprise Hub rejected
It follows the IWC’s refusal to consider VTC taking over the Coastal Centre, an iconic Ventnor building with a rich heritage.

It was explained at Monday’s meeting that leader of the council David Pugh had been invited three times to meet with the Mayor and Clerk, but had not attended any meetings to discuss VTC’s plans to create an Enterprise Hub in the Coastal Centre.

Chief Executive of the council, Steve Beynon, has told the local council in no uncertain terms that the property would be put on the open market as soon as possible.

Contrary to Island Plan?
Some have questioned whether the IWC’s decision to sell the council-owned property on the open market is contrary to guidelines set out in the Island Plan Core Strategy which was adopted in March 2012.

Under the Social and Community Infrastructure section (DM7) it states:

The Council will only permit the loss of existing social and community infrastructure facilities, when it can be demonstrated that:

At Monday night’s meeting, councillors were informed that the Clerk and Mayor (Cllr Steve Stubbings) had met with IWC officers who ran through the alternative public buildings in the town for possible use by the VTC as an Enterprise Hub.

Cllr Stubbings confirmed that there were no specific proposals suggested or agreed.

We’ll let you know once the VTC have received a response from Mr Pickles.

Well done to the local council, I’m very interested to hear what sort of response you get from Mr Pickles. From memory he wasn’t very pleased with Mr Pugh on another matter too (council tax?).

Please do let us know what he says.

Well said; and well done Mr. Bartlett and VTC. If it was OK for the IOWC to”Sell” the Winter Gardens for £1.00 to a business person(which many doubt), why not lease Salisbury Gardens to VTC on a proper basis?

If the council can give the winter gardens away for £1 to a private business, then surely they should lease the visitors centre to the town council for this fantastic scheme they want to start, it will make a big difference to the town.

However, it seems to me that the Isle of Wight council don’t seem to favour Ventnor very much.

I don’t know what the Winter Gardens has to do with the Coastal Centre, as the circumstances are very different.
If John Allen can bid for the Coastal Centre and secure it for community use, then good luck to him. Have another go mate !

There were of course three Ventnor Town Councillors (including the current Mayor) on the panel that decided to give the Winter Gardens away for £1 to a private business, rather than to a group that were going to run it for the community. Interesting how their view has now changed.

It’s a matter of public record, isn’t it John, that you didn’t have anything like the funds required. I for one look forward to seeing what the Hambrough group get for their £4 million investment into our beautiful town .

I think you have hit several nails on the head there John. 3 anyway !

Vote Up00Vote Down
DavidBartlett
As a matter of fact, there were only two Ventnor Town Councillors on the Panel to which John refers, together with the County Councillor for Ventnor West. The remainder of the Panel were IoWC officers, I was present as a non-scoring observer; the decision was unanimous. Other questions of quality aside, it had been established that the Winter Gardens needed over £600,000 just to rescue it; the… Read more »
Vote Up00Vote Down