Cllr Brodie asks, “How can you scrutinise when you have no information, no performance data — we are not allowed to be given answers by our own officers” 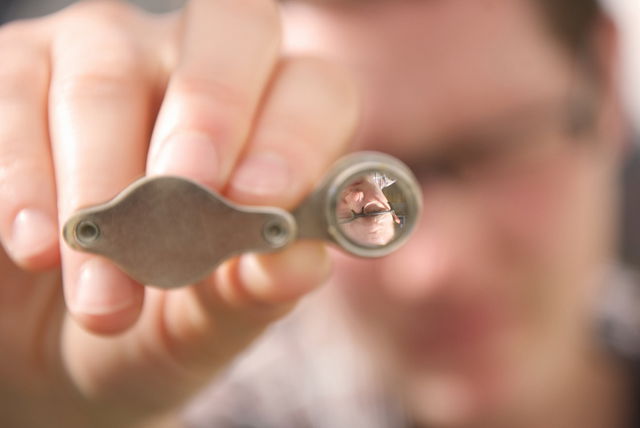 The Isle of Wight Council and Island Roads have been criticised for not providing performance data relating to the Highways PFI project.

Members of the council’s scrutiny committee this week asked about Island Roads’ contractual obligations, but said they had not been provided with crucial information — leading one councillor to ask how the committee was supposed to do its job.

Specifics of contract been witheld
The Highways PFI has seen the Island’s roads improved to an agreed standard over the last six years, with further work continuing until 2038 — but information about the specifics of the contract have been witheld due to legal reasons and commercial sensitivity.

A presentation on the delivery of the contract to date was given to the committee at its meeting on Tuesday by project managers — who said they would need to take legal advice before answering some questions about fines, approved methodology and other statistics.

Committee member Cllr Debbie Andre asked which milestones had been met, and when, but was told by the council’s director of neighbourhoods, Colin Rowland, it was difficult for him to provide the information due to the specifics of the contract.

Without taking legal advice, he said,

“We are not able to discuss it.”

Brodie: Can’t scrutinise without information
Cllr Geoff Brodie, who said he had ‘naively’ hoped for answers, said members’ right to information had been denied.

“How can you be a corporate scrutiny committee? How can you scrutinise when you have no information, no performance data — we are not allowed to be given answers by our own officers.

“It seems to me a contract has been conducted in secret, away from the elected members of this committee and the public, because they have a right to know the failures of this contract.

“This contract has let down people and this scrutiny committee has not been allowed to scrutinise it properly, can you try and do something about  it.”

The scrutiny committee recommended the PFI team seek legal advice and come back with further information and answers, which could be discussed in a private session if necessary.

Jay Jayasundara’s Jasmine Consulting has received almost £260k of taxpayers money so far since his triumphant return in 2018.

The monthly amounts seem to be steadily increasing too. Since June he has been paid £16,100 a month. His first payment in January 2018 was a paltry £7785.

The mind truly does boggle at how this is even remotely justifiable.

Vote Up490Vote Down
peterj
Looking back he joined the IWC as a mere employee in 2009, having a ‘total remuneration package’ of £185,405 for his first year. That was made up of a £140k salary, £15k expenses and £30k pension contributions(!) He left in April 2013, so was an employee for 4 years. Assuming he cost us around that amount for each of those years, Mr Jayasundara’s ‘talent’ has cost ONE… Read more »
Vote Up340Vote Down
confidential

As you know Sally because you were present, this is no different to the so-called Scrutiny of the Replacement Floating Bridge chaired by Cllr Paul Fuller who, despite his best efforts, was stone-walled by the Leader Cllr Stewart and his cohorts Cllr Ward and the man totally responsible for the entire cock-up Chief Executive Metcalfe.
When will we council taxpayers ever see the truth?

You couldn’t make it up. What a wonderful contract that was delivered by Eddie Giles and co. Gold plated, I believe he said at the time. Well we know who it’s gold plated for and it isn’t us. A public inquiry is what is needed to show us all what Island Roads and JJ are up to.

Vote Up42-1Vote Down
Benny C
Ian Ward is a member of the Scrutiny Committee and he is Cabinet member for infrastructure. Its astonishing that this suggests he hasn’t even got an overview of the contract performance! How the hell can that be appropriate? What exactly is he doing then? If this were my Council I’d expect my Cabinet reports to be able to tell me monthly about progress at high level on… Read more »
Vote Up340Vote Down
Geoff Brodie

Ian Ward isn’t a member of the Scrutiny Committee. That’s not how it works. Though sometimes it seems like it. He appeared before it to be held to account as the Cabinet member for the Highways PFI contract.

Thanks for clarifying. Surely he should be ashamed of his inability to understand basic governance. Didn’t he get photographed browsing the internet looking for trousers for sale in a scrutiny committee meeting ?

You can’t take care he ‘CON’ out of CONservative.

Vote them ALL out in the next General and Local Elections.

Vote Up14-6Vote Down
temperance
When Highways dept is finally quizzed can someone ask a quick question, with all the dodgy roads, why did they use upto 10 workers a day and 5 vehicles, temporary lights etc for two weeks to tart up the pavement half way along Bowcombe road linking three houses. I have passed this way pretty regularly for over 10 years never have I seen anyone on the 100… Read more »
Vote Up20Vote Down
Spartacus

No transparency, no accountability, no honesty and always fabrication of the truth. You cannot trust these Tories. Get rid of them vote them out.