Since 2017 the council has received £1.5 million in funding to tackle homelessness. It’ll receive funding for the new strategy, but the amount has not yet been decided 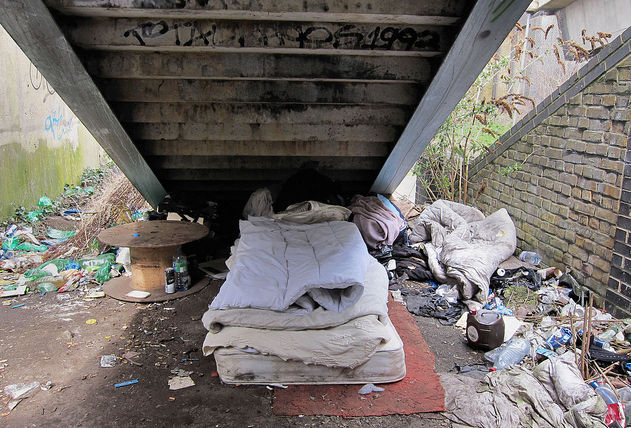 A ‘bold and ambitious’ strategy to tackle homelessness — following a 500 per cent increase in rough sleeping since 2015 — will go before Isle of Wight councillors this week.

The council is legally required to implement a homelessness strategy by the end of the year, following new government legislation. Its previous strategy expired six years ago.

It also includes plans to end rough sleeping, reduce the number of people living in temporary accommodation, improve early support services for people who lose their homes, reduce evictions and ensure plans are in place to prevent people being turned into the street.

Efforts “must be redoubled”
It will go before the council’s scrutiny committee tomorrow (Tuesday) and the cabinet on Thursday.

In a report accompanying the strategy, the council accepts it must ‘redouble its efforts’ in light of government legislation calling on local authorities to do more to reduce homelessness.

It will receive funding for the new strategy, which will run until 2023/24, but the amount has not been decided.

Mosdell: Deliberately challenges and motivates us to, quite frankly, do better
Cllr Clare Mosdell, cabinet member for adult social care, public health and housing needs, said it was a ‘fundamental need’ to have a home.

She said in the report:

“It is incredulous to many of us that people in the year 2019 find themselves in the position that they have no place to call home.

“This strategy is purposely bold — it uses language that deliberately challenges and motivates us to, quite frankly, do better.”

She described the strategy as ‘cost effective’ and ‘humane.’

It also notes welfare reforms, including benefit caps, the introduction of Universal Credit and lack of social housing, have contributed to people losing their homes.

Earlier this year, the council invited bids to provide family accommodation and outreach services from April 2020, worth £10.5 million.

Image: alanstanton under CC BY 2.0

newest oldest most voted
Alternative Perspective
“It is incredulous to many of us that people in the year 2019 find themselves in the position that they have no place to call home. “This strategy is purposely bold — it uses language that deliberately challenges and motivates us to, quite frankly, do better.” I couldn’t agree more. The most positive way forward would be to replace Cllr Mosdell. And replace her Tory Council Colleagues… Read more »
Vote Up29-6Vote Down
Benny C

Any sort of intelligent strategy on anything from this inept, self centred and opaque regime would be a welcome change.

Looking at the published spending data (which covers up to September ’19) they have spent around £1.25 million since April 2017.

How is £120k siphoned off to the IW Law Centre preventing rough sleeping?

Maybe the £200k being spent on Yet another ridiculous Undercliff Drive survey is how Dinosaur Dave wants to spend our cash. He says islanders voted for the road reopening but he didn’t tell them the true humans cost to those less fortunate than those holed up in leafy St Lawrence.

Less than 1% of Islanders voted most of who probably live in Niton with their leader Dave Stewart wanting the road reopened to move the so called influx of traffic somewhere else. It’s a disgrace if he gets away with this one however plans are in place to prevent this happening, watch this space.

So the previous strategy ended six years ago!! This begs the question whether this new strategy would have been addressed without legislation…