The proposed Southampton Clean Air Zone will harm tourism and business on the Isle of Wight claims the council leader, adding it could risk jobs here too. 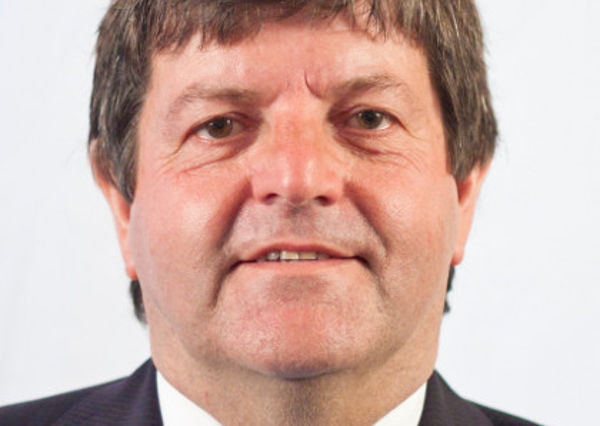 The meeting was attended by 36 local businesses, as well as officers from Southampton City Council who presented an outline of the proposed Clean Air Zone and took part in a question and answer session.

Stewart: “No impact assessment”
He said,

“The IW Council is objecting to the proposed zone as there has been no impact assessment for the Island and we continue to have no say over how it will work, even though it will be detrimental to our economy.

“Island residents and businesses are reliant on the transportation of goods and undertaking of services by bus, coach, private hire vehicles and particularly heavy goods vehicles through Southampton – many of which are diesel powered.”

Haulage and coaches
He went on to say,

“Figures show more than 100 HGV vehicles per day use the Southampton/East Cowes Red Funnel route, which will be in the CAZ.

“Coach operators based on and off the Island bring more than 1,000 coach journeys via Southampton during the summer months, in addition to the regular year-round traffic that gives much needed revenue to our tourism sector out of season.”

“The fact there could be a possible charge of £100-a-day by 2019 for vehicles that do not meet emissions standards without consideration for the Island and its unique position is unacceptable and will harm our tourism and manufacturing industries and potentially cost jobs.

“For example, coach operators’ business models will be seriously impacted by a charge of £100 and the Island runs the risk they will not visit.”

“We also do not understand why other European cities have until 2025 to achieve a reduction in nitrogen dioxide (NO2) as part of the EU Ambient Air Quality Directive, but Southampton City Council and the Government want it in place six years earlier.

“Everyone wants to have cleaner air and this council is supportive and committed to helping the environment. However, the impact on the Island and the potential for jobs to be threatened by a CAZ over the Solent has not being fully recognised and are very real.”

Exemption for IW traffic
He finished by saying,

“The council wants traffic identified as entering the Clean Air Zone, and which is making an onward journey to and from the Isle of Wight, made exempt from the charging regime for a substantial period so that operators and owners can update their fleets and eventually comply with the CAZ.

“This position has been submitted as part of Southampton City Council’s consultation and it will be communicated to ministers too.

“As leader of this council, I cannot stand by and see other authorities and agencies make decisions that are detrimental to this Island’s residents and businesses. It is simply unfair.

“The Isle of Wight’s unique needs must be recognised and the council will be making all necessary representations to ensure our voice is heard and that mitigation or exemptions are put in place to protect the Island’s economy and jobs, if the CAZ is put into action.”

On what moral grounds can we justify choking the residents of Southampton on polluting fumes from island bound traffic?

Some of the worst and most concentrated pollution in Southampton is caused my cruise and container, etc ships – will these be included in the CAZ? Obviously, they don’t travel through it but their emissions are taken by the wind and weather patterns across it.

It can hardly have come as a surprise to the Council, it’s been talked about for the last couple of years. And they have no plans in place to deal with it on behalf of Island residents… no change there then!
I admire Southampton Council for taking action to improve the quality of life for their residents, wish I could say the same for ours.

The question should be do clean air zones actually work? In reality they do very little to clean up the air quaility. It’s just a way to promote/push new/replacement vehicles after all the latest vehicles are not charged. see https://www.bbc.co.uk/news/science-environment-44567075

Vote Up11-6Vote Down
prof
Although the article you reference does hint that they may work under some circumstances, it does seem to assume that people and businesses are making a deliberate choice to be too poor to buy a brand new vehicle and that introducing a charge will magically make them richer. I accept that for big businesses it may just be a matter of changing priorities but for the rest… Read more »
Vote Up8-2Vote Down
smiffy

The proposed tunnel would not impact on the clean air zone as it’s entrance would not touch it. Our Council needs to act on the fixed-link feasibility study now . Where is our M.P. in all this–talking about Russia again instead of representing us!

A tunnel would concentrate all the emissions from all the vehicles passing through at either end (portal).

For goodness sake, every issue isn’t about a bleepng tunnel! Way past boring now.

Vote Up22-10Vote Down
janmillen123
It’s about time those in charge thought long and hard about the long term effects of their seemingly insular behaviour. The fixed link is on the cards and whatever side your bread is buttered please consider doing the right thing for the Island and it’s community. Feasibility/viability study or any other obvious hurdle shouldn’t be denied a minute longer. Tunnel option should be openly discussed as part… Read more »
Vote Up6-17Vote Down