When discussing the Isle of Wight council’s digital transformation strategy, the deputy-Leader acknowledged there will be residents who get left behind if the IWC are not careful. 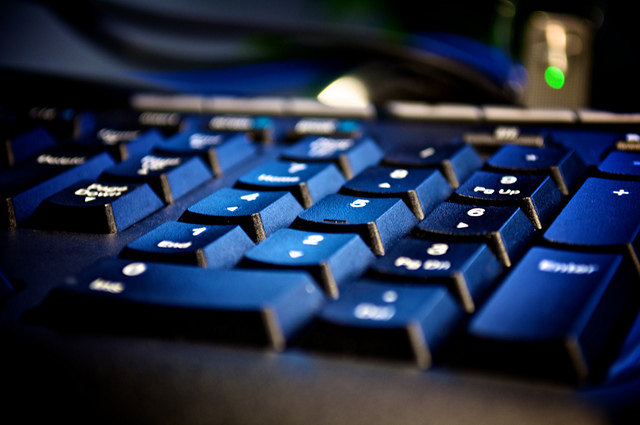 Vulnerable people must not be left behind by Isle of Wight Council’s digital strategy, councillors have urged.

The council’s digital transformation strategy for 2017-2020 encourages a ‘digital by default’ approach, with most services available online.

Cllr Stuart Hutchinson, deputy leader of the IW Council, said that although IT is expensive, it can improve the way in which the council serves and save costs in the long term.

Reaching those in ‘digital poverty’
However, Cllr Paul Fuller expressed concern this could allow vulnerable people without Internet access to slip through the net.

He said ten per cent of the population are in digital poverty, meaning they use the Internet once every three months or don’t have Internet connection whatsoever.

“These are long-term sick, economically inactive people and they are most likely to be residents that are not Internet users. This is a large proportion of the risk group we are trying to interact with.

“How are we going to address getting that through to ten per cent of people?”

Reluctance submitting details online
Cllr Fuller said less than 50 per cent of Internet users are confident to submit information online, according to the Office for National Statistics.

“This is a huge amount of people. In diverse communities you’re going to have people who are not going to have access to the Internet.

“How are we going to support the most vulnerable people in our communities?”

He said most people are capable of using the online services, but the issue is ensuring they have adequate Internet access.

“If you can hear well and see well and are reasonably competent, you can probably use the Internet providing you’ve got it.

“First we need to roll out the capacity. We are doing well here on the Island with that.”

He praised the council’s achievement of meeting their target to provide 98 per cent of rural areas with good broadband.

“We need to ensure we have services that don’t depend on telephones and computers.

“So we still need to provide help points at key centres around the Island in libraries, community centres and so forth.

“We have to recognise the problems it creates and, in our roll-out of improvements, recognise there will be people who, if we’re not careful, will get left behind.”

Image: Brandon Leon under CC BY 2.0