The rescue mission took place in St Lawrence on Saturday afternoon. Details within 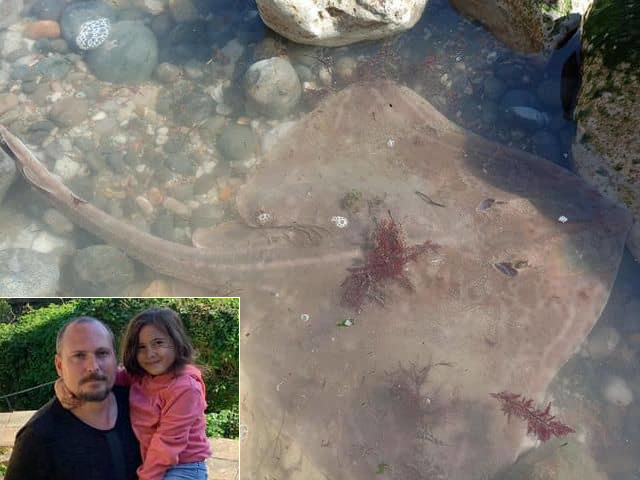 Three cheers for Allen Wood and his five-year-old daughter Eleanor from St Lawrence.

Allen’s wife, Hazel, got in touch with News OnTheWight yesterday (Saturday) to share details of how her husband and daughter managed to rescue a trapped undulate rayfish (thanks to Ed Blake for identifying for us).

Hazel says the fish would have remained trapped had her husband of not physically moved the rock, picked up the ray fish and placed it back in the open water.

“My daughter even stroked it. Knowing how dangerous stingrays can be, I am very proud of them both for the act of bravery and kindness.”

According to experts the undulate ray species are becoming more threatened or vulnerable to extinction, “particularly as the consequence of unregulated fishing”, so all the more reason for Allen and Eleanor to feel good about their rescue mission.