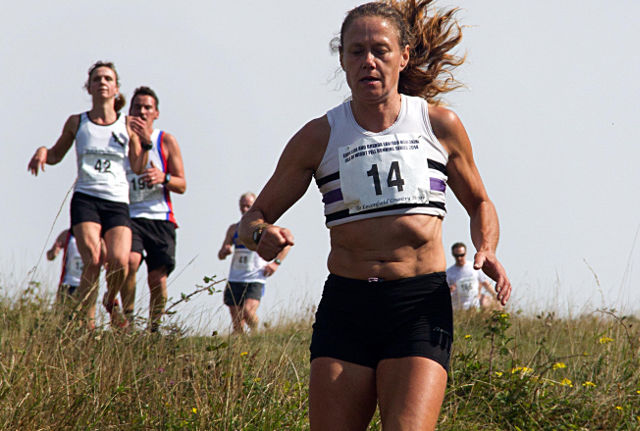 The twenty-fifth Isle of Wight Fell Running Series is being held over the weekend of 14th and 15th Sept and consists of three races held over the two days with the runners covering 24 miles of off road running with over 4,300 feet of ascent.

The races are hosting the SEAA Fell Running Championships for the fifteenth year.  Whilst we have no proper ‘fell’ terrain on the Island the races meet the Fell Running Association (FRA) classifications 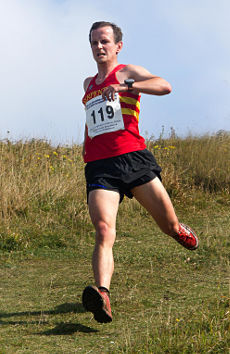 for ascent and distance and the hills around Ventnor have some of the steepest climbs and descents in the South of England.

The events are named in honour of Eddie Leal, a founder member of the Fell Running Association (Membership No. 2) and Brenda Lawson who both started the Ventnor Fell Running Championship Association in 1995 to organize the events.

St. Boniface Fell
Race one, the St. Boniface Fell is held on the Saturday morning at 11am and consists of a straight dash from the seafront at Ventnor to the top of St. Boniface and back down, the runners covering three miles and 776 feet of ascent.

Half of this ascent takes place over a half mile stretch leading to a testing descent on the way back.

The Ventnor Horseshoe
It’s then all too short a gap to race two, The Ventnor Horseshoe, held on Saturday afternoon at 3pm.  The runners again start at the seafront and ascend St. Boniface, this ascent takes in the full height in a continual climb unlike the slight respite you get in Race 1 before climbing again to the top.

Race 2 then descends to Wroxall, through to Cooks Castle and then the railway line before the long ascent to St. Martins Down, up the cliff, Luccombe Down before returning via a descent of St. Boniface.  The runners cover 8 miles here with 1600 feet of ascent.

Sunday race
Sunday morning at 10.30am sees quite a few stiff runners lining up for the Wroxall Round, the longest with the runners covering 13 miles and 2000 feet of ascent.

The race starts off relatively flat through La Falaise Park before ascending to Watcombe Bottom and Stenbury Down.  It’s then a steep descent to Stenbury Manor Farm before another ascent to Gat Cliff and Freemantle Gate.  Then through to the Donkey Sanctuary and the railway line again before another long ascent to St. Martins Down, up the cliff and Luccombe Down before the descent of St. Boniface to the finish.

As usual there will be strong teams from Mynydd Du Serpentine Running Club, Victoria Park Harriers, London Frontrunners and Ryde Harriers (to name a few) coming to give the Island clubs a hard time getting in the prizes.  Many thanks to Wightlink for giving runners travel sponsorship.

This year the race venue is St Catherine’s School, Grove Road, Ventnor.  The start will still be on the Esplanade with the finish in the school grounds.

Article shared by Chris on behalf of the Fell Running Association. Ed