Concerns were raised at last night’s Scrutiny Committee, after it was revealed that under the plans for a combine Fire Authority, Hampshire would own the Island’s 11 fire stations. 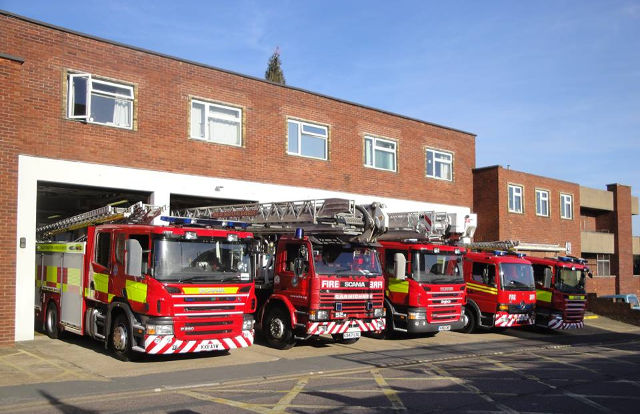 The Island’s 11 fire stations, and the land they are on, could be owned by Hampshire, under new plans for a combined fire authority.

Isle of Wight councillors expressed concern over combining fire services with Hampshire, after it was revealed at last night’s (Tuesday) scrutiny meeting that a new authority would take ownership of all of the Island’s fire stations.

CEO confirms ‘likely’ situation
Cllr Lora Peacey-Wilcox said it was ‘unclear’ in the report who would have ownership.

“We could lose the value of sites to the combined authority.

“Perhaps there should be some foresight and a leasing agreement in place. You could have in the future a situation where land is sold to the Island’s disadvantage.”

“The new combined authority takes the buildings and so takes the liabilities.

“There are possibly people on the other side of the water who are very sighted on the financial implications of taking this on as a combined fire authority.

“Some of our fire stations do have needs.”

“The levels of risk are not going to change just because we have partnered with Hampshire.”

Lack of scrutiny
Councillors also expressed concern over the lack of scrutiny the combined fire authority would have. Currently there is no scrutiny body in place to question decisions.

Scrutiny members said there should be a scrutiny panel as part of the authority’s governance.

Cabinet members look set to approve a 12-week consultation on the plans, and a detailed business case, on Thursday.

It is believed the consultation will take place in September or October.

This article is from the BBC’s LDRS (Local Democracy Reporter Service) scheme, which OnTheWight is taking part in. Ed

newest oldest most voted
alisonjane
So not only do we lose our Islands Fire Service, but we also lose the buildings and the land and sites they sit on! With the IOW Council having no say in how the sites may be used or developed. There doesn’t really seem much point in having a Council at County Hall anymore does there? With all our Islands assets and services being ‘handed over’ or… Read more »
Vote Up14-1Vote Down