Would you bet at these odds on new Isle of Wight MP?

OnTheWight has been chatting to the Head of Political Odds at Ladbrokes about the election in May – Not only did he call it ‘one of the most interesting contests in the country’ but he’s given us the low down on the odds. Have they got it right? 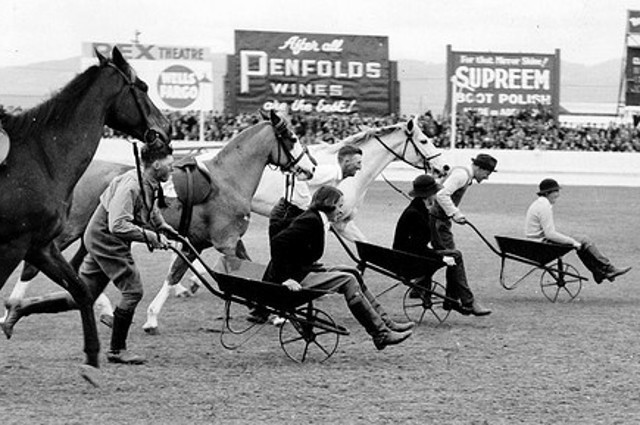 There’s been quite a bit of discussion through OnTheWight today on what the betting odds are for the Isle of Wight MP seat in the 2015 General Election.

So we got in touch with Ladbrokes to find out what they thought and Matthew Shaddick, Head of Political Odds at Ladbrokes no less, was happy to share his views.

One we will be watching closely
The odds make for interesting reading (especially given some of the guesses made earlier today by OnTheWight readers), but what’s more fascinating is that according to Matthew,

“These developments have turned this from a betting non-event into one of the most interesting contests in the country, certainly one we will be watching closely.”

Scores on the doors
So where do the current candidates stand according to Ladbrokes?

“UKIP have moved from 20/1 into today’s 5/1 since we first released odds last year. The prospect of a Tory de-selection as well as Mr Stephens’ intervention can only help their chances of a shock win.

“Whilst Ian Stephens looks much more plausible than the average independent candidate, history is against him as only two genuine indies have won a Westminster seat in the last 40 years. Having said that, with a large Lib Dem vote up for grabs, he must stand a much better chance than most if it turns into a three way contest.”

Solid election coverage from OnTheWight
It’s certainly going to be an interesting election race on the Isle of Wight over the next three months.

OnTheWight aims to bring you the best coverage possible.

Image: state_library_south_australia under CC BY 2.0

31 Comments on "Would you bet at these odds on new Isle of Wight MP?"

Thanks Sally- Please keep refreshing the Odds over the next few months as they are often a better guide than opinion polls.

Is this over the Flat or over the Sticks? Could be a faller at the first?

As a matter of interest Electoral Calculus had Labour (18.12%) in second place behind the Tories (40.1%) on the Island yesterday, before the news of Ian Stephens broke. The same website had Labour third a fortnight ago.

I’ve just broke into my piggy bank and invested £100 on myself – large ones all round!

OK! Stewart. I’ll cover your bet [Cash up front] and what is more; I’d love you to collect – However, dream on!

Bookies set their odds on where the wagers are as they don’t like to lose money. Clearly there are some gambling addicts amongst your opponents’ supporters

ladbrokes still have labour on 100/1. thismeans either stewart blackmore told a porky and didnt put the bet on, or else the bookies are utterly utterly dismissive of laBOUrs chances on the island, to rule out the fdormer could he show us a copy of his betting sliop?

Those odds might bankrupt you and your dream of a dropped kerb Don! :-))

Ian Stephens … now that’s interesting. Home grown boy will appeal to a number of people. May possibly convince me to change my vote.

If I was a betting woman I’d predict the Cons to win but I’d lengthen the odds if they remove Turner. Without Turner then UKIP…………..I think Ian Stephens could be the outside horse.

Vote Up00Vote Down
retired Hack
It’s not entirely clear whether the odds being offered on the Tories are for the party, or for the party with Turner as candidate, or for Turner whatever his party label. If Turner were replaced by a candidate seen as more credible than him, then the odds would (logically) be shortened even further. However, if an additional Tory candidate were to enter the contest (giving the choice… Read more »
Vote Up00Vote Down
Don Smith
Bookies seldom lose. I regret it very, very much, but I do see Cameron still being in No. 10 this time next year. Oh dear! More Food banks; another financial crisis. More part-time work, that hides the true unemployment figures. More chums and celebrities ennobled. The dropped kerb. It is very sad that a man who has served Queen and country for nearly forty years can not… Read more »
Vote Up00Vote Down
davidwalter

Bookies’ odds are about a balanced book, not the probability of an event occurring. Fun, tho’ I’ll have a punt tomorrow. £5. I’m not a proper gambler.

What we need is a real wild card, come on Julie Jones Evans get into the race :-)

Vote Up00Vote Down
Vanessa Churchman
I worked very closely with Ian for the 2 years preceding the election in 2013. He is totally committed to the Island and the people who live and work here. He is a clever chap, good on strategy and a very good brain when it comes to finance. He really cares about people and always has time for everybody and their problems. He has always been under-estimated… Read more »
Vote Up00Vote Down
castlewez
What a delight to see Mrs Bottom on here! I’d forgotten she was still around, after crashing out of Havenstreet back in 2013! Why is she not standing for MP? We could do with her intellect, wisdom and wit! I digress….. odds are a waste of time, particularly when set by a mainland-based bookie. Whoever he is, he is clearly not tapped into Island-based feeling on Turner.… Read more »
Vote Up00Vote Down
Man in Black

Less delightful pergaps than the former Isle of Wight councillor, who doesn’t even live on the Island anymore, but continues to be obsessed with sticking his nasty and bitter little oar in.

Yes, even more remarkable since he was himself disloyal to the cons when he became an indie propping up the Libs. I suppose he did switch back again, once a snake, always a snake?

Theres only one other Tory option with a long time record on the Island and popularity with Turner voters….stand up Maximus

When the local tories have self destucted with their new candidate and with Turner standing as an independent conservative, it will leave the way open for the home grown independent.

All it needs now is the paper clip salesman.

OK Ian Stephens may have been leader of the council but just who is he? What does he stand for? What does he offer over and above the other candidates? In what way can he benefit the island that the others can’t?

Important questions. I am sure we will find out.

If Ian and fellow independent councillors could Crowd Fund a stake of £800k at 25:1, they cold campaign on the grounds that there would not need to be any cuts next year…

LATEST ODDS ON THE 2015 ELECTION

I said before: Bookies never lose.

which bookie is that?

Yes Don, but I think the Tories and UKIP have slipped of late and Labour and Greens have improved. Bookies are twitching a bit, particularly with the Greens.

Plenty of time yet eh?

Look it up in Yellow Pages:-)

Well what are the odds that the planning application for 7 hectares of rural land at Brickfield’s to be turned into industrial use is passed next week.
If it is I am going to purchase so some land do the same, free for all.