Report from the Isle of Wight Orchard Group meeting

Thanks to Rowan from the Isle of Wight Orchard Group for this report from their second meeting that took place last night. Ed 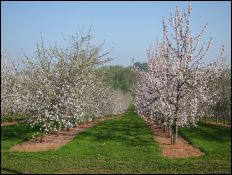 Orchards have a new champion on the Isle of Wight.

Last month about thirty people got together for the first meeting of the Isle of Wight Orchard Group. The group have now had their second meeting. About twenty people made it along to an orchard in Whippingham to discuss what they want to do to celebrate our beautiful orchards, their value for wildlife and landscape, and their delicious crops.

The majority of attendees at the meeting voted in favour of accepting a proposed constitution. This includes the aim ‘To conserve, promote and celebrate traditional orchards and fruit and nut trees on the Isle of Wight’ and the following objectives:

Becoming a properly constituted group will have several advantages. In particular it will make it possible for the group to apply for funding for projects that will help us deliver our objectives.

If you want to know more about the group please contact us on the details given below or come along for a chat at the various events this summer and autumn at which the Group will be represented, including Brighstone Horticultural Society Summer Show on 16 July and the Apple Days at Afton Park on 17 and 18 September.

Image: Shirokazan under CC BY 2.0