According to the newest official listening figures, Isle of Wight radio has seen an eight per cent increase in audience listener numbers. 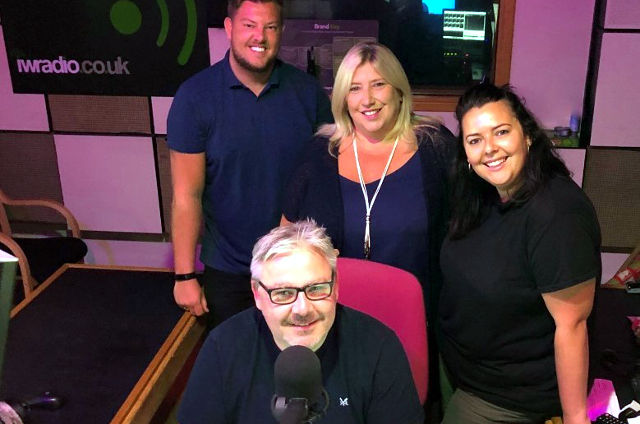 All at Isle of Wight Radio were celebrating earlier this month, and rightly so, as it was revealed it’s the most listened to radio station that broadcasts to the Isle of Wight, including all national BBC stations and larger commercial stations such as Wave 105, Heart and Capital.

The radio station says they’ve seen thousands of new listeners tune in over the past few months and that according to the newest official listening figures (from IPSOS MORI – RAJAR), Isle of Wight Radio now has more than 77,000 regular adult listeners, with more Islanders waking up to its flagship programme – Topping in the Morning, with Paul, Hayley, Georgie and Jamie than anyone else.

“The team is so delighted with the new figures and we are so pleased that Islanders love listening to the Breakfast Show.

“To be honest, I am amazed that so many people love listening to the three of us messing around and having fun in the morning – especially with so much radio competition. If you listen, thank you so much.

“If you don’t then we would love you to join the morning party!”

The radio station has seen an eight per cent increase in audience listener numbers (Q2vQ1 2019).