A special gate, replacing a footpath stile, been has installed by Isle of Wight Ramblers to commemorate the 2015 Walking Festival. 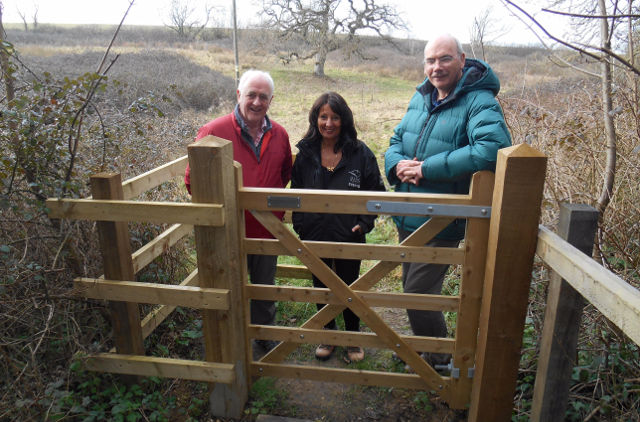 Thanks to David for sharing this latest news from the Isle of Wight Ramblers. Ed

Isle of Wight Ramblers has installed a special gate, replacing a footpath stile, to commemorate the 2015 Walking Festival. David Howarth, Vice-Chairman led three walks to celebrate the opening of the Warrior Trail.

The trail was devised jointly with Visit Isle of Wight and the walk passes places where General Jack Seely and his horse Warrior lived. A leaflet describes the courage of both man and horse during World War 1.

The three walks were extremely popular and donations received from participants towards the purchase of this gate.

“The Walking Festival is an important event on the Island calendar, attracting tourists to the island and encouraging more people to take up walking. Donations received from participants support many charities across the Island.”

Well done Island Ramblers. They also have a Donate a Gate Scheme which replaces stiles with gates to make access easier for the less able. Donations are usually made for loved ones: http://www.iowramblers.com/page22.htm