Education Secretary, Gavin Williamson said five tests needed to be met by the Government before schools could reopen 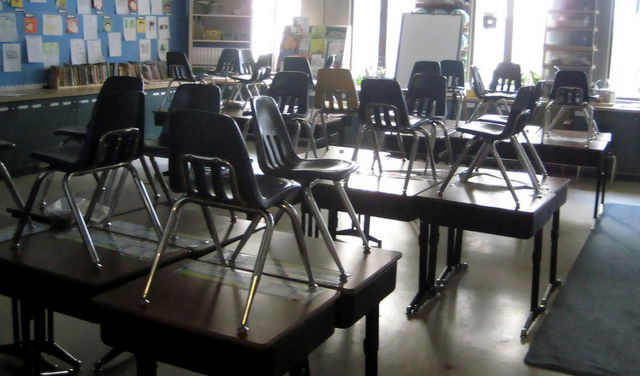 The Government has announced five things that must happen before schools reopen — as no date is set for schools on the Island to reopen.

At the start of what would have been the summer term, the Isle of Wight Council has said schools will only reopen when the government decides it is safe to do so.

“At the moment there is no national timetable for the reopening of schools.

“In the meantime, all schools on the Island are playing an active part in providing emergency childcare for the children of workers critical to the Covid-19 response and for vulnerable children.”

Williamson: Can’t give date for reopening yet
Education Secretary, Gavin Williamson, apologised to school children for their education being disrupted in this way, but stressed they were a part of the fight against Coronavirus, the biggest threat the country has faced.

Speaking at the Downing Street daily press briefing on Sunday, he said:

“People are anxious to know when we are going to relax restrictions and when schools are likely to be fully back and open again.

“Of course, I want nothing more than to get schools back to normal, make sure that children are sat around learning and experiencing the joy of being at school.

“But I can’t give you a date, because before we do, we need to meet five tests.”

The five tests
The five tests include making sure the NHS will be able to cope and provide specialist treatment, the daily death rates need to decrease as well as the rate of infection so as to not cause a second peak and the future levels of testing and PPE are sufficient.

Mr Williamson said when the government are sure the five points have been met only then can it think about putting children into schools again and start rebuilding communities.

There will be 180 video lessons provided each week, across subjects, for every year group from Reception to Year 10.

newest oldest most voted
Angela Hewitt
Why isn’t the Island dedicating just one school to be open to support essential workers? I understand that social distancing is not being observed in schools so this cannot be used as a excuse for spreading it out across all schools. Dedicating one school would mean less teachers being involved and putting their own families at risk. Children at a distance from the school can be picked… Read more »
Vote Up8-4Vote Down