From fuel poverty and excess winter deaths to social and digital isolation — the health and social care services are ‘struggling’ to deliver what is needed on the Isle of Wight. 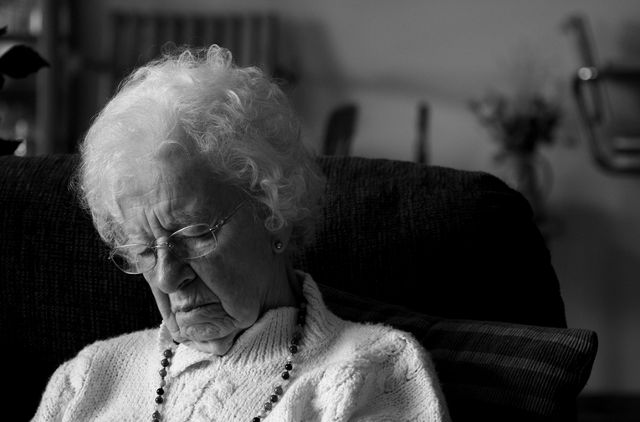 From fuel poverty and excess winter deaths to social and digital isolation — the health and social care services are ‘struggling’ to deliver what is needed on the Isle of Wight.

In the Isle of Wight Council’s Annual Public Health report, focusing on the health and wellbeing of over 65s, the key concern is we are living longer and care services aren’t able to deliver what elderly people need.

The council’s remedies for those over 65 to counteract problems so people can enter ‘old age as healthy as possible’ are as simple as exercising, breaking up how long you spend sitting down and getting vaccinated.

Only one in four people aged over 65 years meet the minimum recommended activity levels needed to maintain their health with the council saying ‘it is never too late to start’ regular exercise to help build strength and regain balance.

Despite 97.1 per cent of residents over 65 on the Island receiving fuel winter payments, increasing year on year, it is possible that lowering the temperature in a living room by one degree the risk of strokes and heart attacks increase.

Staying in homes for longer
However, a problem the council is facing are people wanting to stay in their homes for longer, causing implications for the best way to provide social and community care.

Strategically, the council has said the Island Plan draft identifies the need for greater fuel efficiency in new builds.

Flu vaccinations
Uptake for all three vaccinations over 65s are advised to have been consistently lower than national targets as the council warn age alone increases the risk for a number of vaccine-preventable diseases.

It has also urged those who feel socially and digitally isolated to take action — either volunteering, like half of the Islands 55-75 population, and taking part in technology workshops to come out of the ‘offline nation’ — approximately one in five people.

“Many people are remaining healthy and independent as they age and most older people report their health is good.

“This report will look at … ways in which we can further prevent disease and keep people as healthy as possible for as long as possible.”

12 Comments on "Isle of Wight social care services ‘struggling’ to deliver what is needed, says report"

newest oldest most voted
Alternative Perspective
What do you do with all these old people? They are not productive and are simply a drain on the system. Way too expensive for our NHS along with cost millions in State Pension payments. Can’t they simply hurry up and die? If we were Gosport we’d have the perfect solution, by we can’t finish them off with a syringe driver anymore. Instead we deny them Health… Read more »
Vote Up9-11Vote Down
denbo17

The comment by ‘Alternative Perspective’ may be nuanced but it’s still a disgusting thing to put.

Vote Up2-4Vote Down
denbo17
Why have you removed my reply to the Alternative Perspective [part of comment removed by moderator] that has seriously upset my wife who buried her 93 year old mother 3 weeks ago and then has to read [part of comment removed by moderator] like this. You have removed my post. So now! remove the original one, which is extremely rude and disgusting, and very unacceptable.
Vote Up0-4Vote Down
denbo17

And his sly filthy remarks has nothing to do with Conservative Britain.

You can’t see the comment including the name calling and swearing because I have removed it. Just because you swap the U And C around in a swear word does not mean we will allow it.

Well I can see it, because I keep copies of all my posts, and there is nowhere that I have written a swear word. It is written exactly as it says on the boxes in every chemist in the country.

And I also have a copy. Your comment not only contained swearing it was aggressive and name called, both of which are against our house rules.