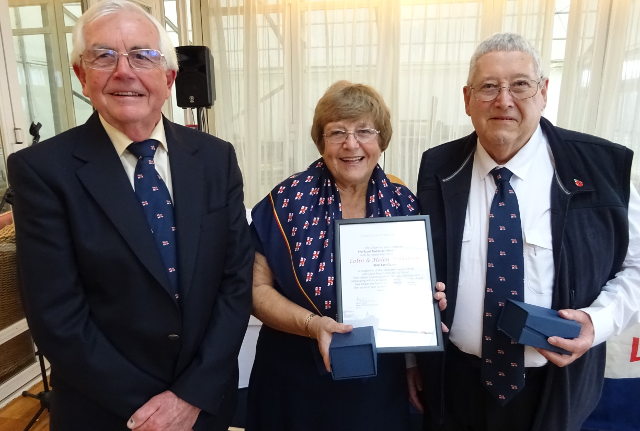 Over 1,300 children benefited from the Swim Safe scheme, staged on the beach and in the sea at Sandown during the summer, it was reported at the annual meeting of the RNLI’s Isle of Wight Lifeboat Board last weekend.

The scheme came on the back of a similar Sandown scheme in 2018, officially acknowledged as the Best Overall Swim Safe project in the UK.

Islanders and holidaymakers
A report by Swim Safe Partnership co-ordinators Roger and Julie Matthews suggested even more children would have undergone the life-saving training this year, but for the wettest August for seven years. Youngsters aged between seven and fourteen benefited, both Islanders and those on holiday. Accompanying parents also received key messages.

Altogether 13 of the 52 Island schools participated, and despite the changeable weather, 747 other children attended public sessions.

“Feedback from the participants was hugely and almost universally positive.”

“This is a fine example of the RNLI’s community safety initiatives to save lives at sea.”

“It is only through the hard work of all our volunteer fund-raisers, with the active support of lifeboat crews, we are able to achieve these outstanding results.”

He also warmly thanked the board’s hon secretary, Lesley Myland, for her accurate work for the board.

Receiving theirs at the meeting were Colin and Helen Wilkinson (pictured), leading long-serving members of the East Cowes branch, whose efforts have helped raise significant money for the RNLI over the years.

Elected the new president of the board was Mrs Susie Sheldon, the Island’s Lord Lieutenant – replacing the former Lord Lieutenant, Major General Sir Martin White in the post.

Above news shared by George on behalf of Cowes RNLI. Ed