UKIP say they will watch those tasked with negotiating EU withdrawal to make sure they get the best deal for Britain at the negotiating table. 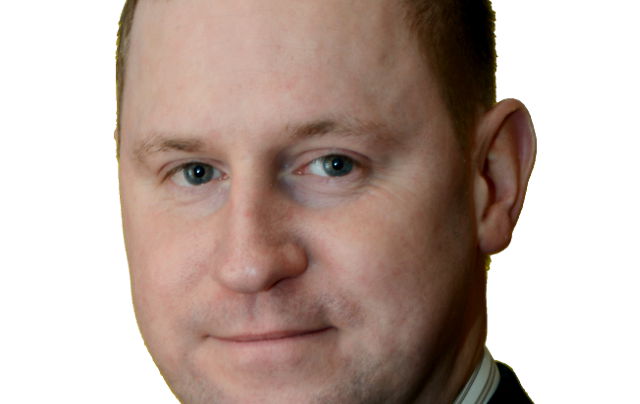 UKIP Isle of Wight would like to thank the many Islanders who voted to leave the EU in the referendum.

23rd June will go down as Independence Day, the day we got our country back.

It has been a long journey for many UKIPers and we gathered new friends every step of the way to the stunning victory.

Last week we were a proud historic nation with the fifth largest economy in the world shackled to a failing customs union. Now we are that same country, but with the shackles taken off.

This is a future which is now firmly in our hands. We can make Britain fairer and more prosperous, where working hard leads to advancement and where bad luck and misfortune do not lead to hardship. This is a country for everyone and we can lead the world in any sphere we choose.

An independent, democratic, freedom loving Britain
UKIP will ensure the wishes of the British people are listened to. We will watch those tasked with negotiating withdrawal to make sure they get the best deal for Britain at the negotiating table.

The campaign for an independent, democratic, freedom loving Britain goes on and UKIP will still be at the forefront.

Billy – do give it a rest. Your repeated posts are boring the pants off everybody. You lost – just get over it.

Vote Up10Vote Down
nbelfitt
> Last week we were a proud historic nation with the fifth largest economy in the world shackled to a failing customs union. We also took of the shackle of being the 5th biggest economy and dropped down to the 6th behind France. From what I have seen though, I don’t think anyone wants to celebrate. The economy is in trouble, the nation is divided, nobody knows… Read more »
Vote Up00Vote Down
Caconym
Farage’s obnoxious “Breaking Point” posters and his blatant lies about the £350 million a week” show that he cannot be trusted and, like any other politician will say whatever it takes to get the result he wants. The smug way he retracted that lie really takes the biscuit, however. It was almost like he was laughing at those who were foolish enough to trust him. The only… Read more »
Vote Up00Vote Down
nico
I didn’t see that poster on the Island (or anywhere else), and would have found it sickening if I had. Farage must be kept well away from negotiations, he has never represented *me*. Gove might have been an excellent negotiator, and maybe he will have that role still. If he really wanted to be PM and not just do us all a favour and detonate Boris, he… Read more »
Vote Up00Vote Down
fedupbritain

“We can make Britain fairer and more prosperous, where working hard leads to advancement and where bad luck and misfortune do not lead to hardship. This is a country for everyone and we can lead the world in any sphere we choose.” That sounds creepily like Tony Blair in 1997

I’m sure Daryll will excuse me if I choose not to join in with his celebrations.

I think the UK is making a dreadful mistake.

But as I love democracy, I’ll not be joining the “pity party” and campaigning for a re-run of the referendum.

We’ve made our bed, now we must lie in it.

(But I reserve the right to point out regularly that this wasn’t my choice!)

Their leader has been outed as dirty liar who would say anything to con the public into voting his way.

Brexit has happened. The best thing the Kippers can do is fade into obscurity before they do any more damage.

They are now an irrelevance.

Have you been glue-sniffing?

Oh Daryll, you [part of comment removed by moderator]. You and your ilk have stuffed everything up. Go away and don’t do it again.

“We can lead the world in any sphere we choose”, except, evidently, in spelling, where we will, henceforth, render the word traveller the US way.

Daryll, can you please tell us what UKIP intends to do with your extreme right supporters who appear to have taken the referendum result as a licence to hate? (Or should that be license?)

Steve Stubbings, just be concerned about how the state of the IW Council is? Unless you are going to jump?

I can’t imagine why you’d want to prevent one of our Councillors from expressing genuine concern about an issue as grave as a rise in racially motivated hate crime?

Do you think that our elected representatives should limit their interest to only that which they are responsible for?

Vote Up00Vote Down
Dennis Firth
A statement from the National Police Chiefs’ Council Lead for Hate Crime has skewered the mainstream media and ‘Remain’ politician narrative that there has been a confirmed spike in hate crimes across the United Kingdom since the country voted to leave the European Union (EU). Speaking on Tuesday, Assistant Chief Constable Mark Hamilton clarified that while reporting of hate crimes had risen via an online form, there… Read more »
Vote Up00Vote Down
Matt

BTW would like to see money spent on doctors and nurses not ‘My Life A High Life’.

Sorry, ‘My Life A Full Life’

Matt
This IS Council business. Community wellbeing falls within my portfolio and I am VERY concerned for the wellbeing of a number of Island residents whose lives are already being made more difficult following last Friday’s announcement.
I would still be interested to hear Daryll’s views on this as Chairman and Group Leader of UKIP Isle of Wight.

Correct:Community wellbeing, is a big portfolio.

Steve Stubbings,Do not let this become a distraction.

This is being fuelled by the remain campaign just because they did not get the result they wanted.

It wasn’t ‘an announcement’ Steve, it was a democratic referendum result. We are leaving the EU. Praise and thanks to the intelligent electorate.

I heard the result of the referendum via an announcement.

Perhaps it was streamed into your consciousness by telepathic means, but for the rest of us mortals, the result was definitely announced.

Nigel Farage steps down as Leader of UKIP, describing his party as “the turkeys that voted for Christmas”! LOL

I wonder if Daryll or Graham will be applying for the job of party leader?

Perhaps a defection from BoJo the Clown..?

Vote Up00Vote Down
billy builder
If BRexit does indeed happen, then yes it will certainly go down in history. I will be recorded as the day UKIP and the Tory-right broke the UK by using lies and deceit. Lets think happy thoughts, article 50 is many months away from being signed; within 3 months the truth about ‘Project Fact’ will be undeniable; Tory MP’s from the left of the party will be… Read more »
Vote Up0-1Vote Down
ewald

if we destroy the EU, we are the dumbest generation ever

In the meantime the German minister of economy has issued a statement degraded and accordingly all mergers like Thyssen Krupp buying Tata steal or Deutsche Boerse merging with London Stock Exchange can only have their headquarters in an EU country and not in the UK, downgrading the UK as an unstabil country….in the weeks to come this will have worldwide implications!

Best poster in my opinion is;
We want Formage Not farage