Aidan Gant, who recently opened Django’s Vegan Tapas and Jazz Bar with his partner, Poppy Dee, on the site of the former Lavender Farm, features as Chef of the Month in Vegan Living. 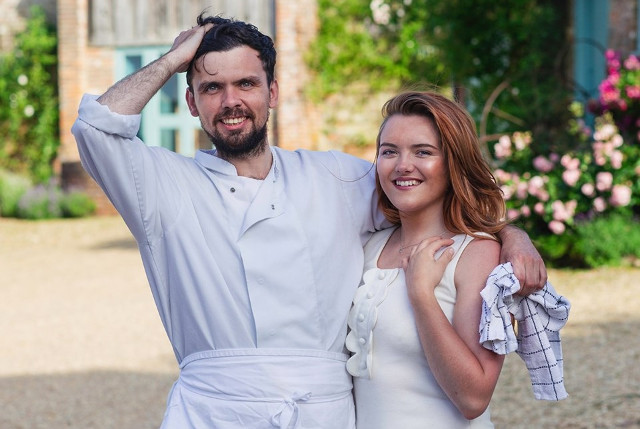 The owner of a new Isle of Wight vegan restaurant has been featured in a major national publication, Vegan Living magazine, as their chef of the month.

Aidan Gant is a vegan chef who recently opened Django’s Vegan Tapas and Jazz Bar with his partner, Jazz singer Poppy Dee, on the site of the former Lavender Farm.

The move to veganism
In 2015, the Isle of Wight born chef – who had already been vegetarian for ten years – told the magazine that his ‘vegan lightbulb moment’ came after watching a documentary about Southeast Asian dog farms.

He realised that all his reasons for being vegetarian applied to other animal products too and after completing Veganuary that year, he carried on and “never looked back”.

Wide experience
Aidan was no stranger to the kitchen when he started Django’s. His first job was working under head chef, Mitch Arnold, in a tapas bar on Ventnor seafront. He says that Mitch remains one of the best chefs he’s ever worked with and that he inspired Aidan’s passion for veganism.

After moving between the Island, Bournemouth, Brighton and Exeter, Aidan made the plunge and set up Django’s in May this year.

Using local produce wherever he can, Aidan says the farmer who owns the site will be giving them an acre patch next summer so they can grow their own produce.

What to expect
If you’re wondering what vegan tapas might be like, you can expect something along the lines of chipotle roasted oyster mushrooms with black bean hummus, BBQ jackfruit sliders with spring onion chutney or asparagus arancini.

However, the menu is always changing based on what suppliers and growers have available.

You can find out more about Django’s Tapas Bar and Restaurant by following them on Facebook or visiting their Website.

Find them on Staplers Rd, Newport PO30 2LU (where the Lavender Farm used to be based, just up from Monkey Haven)