WATCH: Isle of Wight written and shot comedy sketch snapped up by BBC3

Anyone who’s been to an elaborate wedding will relate to the sentiment behind this comedy sketch written, filmed and featuring Islanders which is now showing on BBC3 Facebook page. 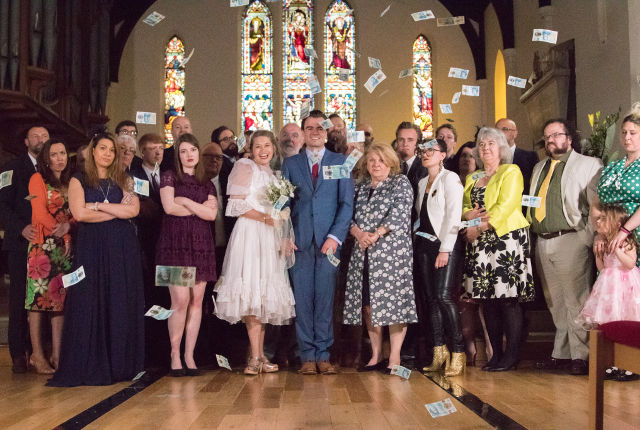 These days it seems that some people don’t just get married, they have to try and out do the previous wedding they were invited to.

If you’ve been to ‘one of those’ weddings you’ll certainly be able to relate to the latest comedy short by Ventnor’s very own Hannah George.

The film was only shot a couple of weeks ago and given the buzz around the recent royal wedding, it’s no surprise that BBC3 have snapped it up.

All Island-based
Hannah co-wrote the one minute film with Toby Williams, who also plays the vicar. It was directed and shot by Hannah (her little production company Somewhen Productions) at the wonderful St Catherine’s Church in Ventnor and produced by another Ventnorian, Matt Hitt.

“The bride and groom are Islanders. They also play the main characters in S-Band my Webseries set in an Isle of Wight School. Rowan (the bride) I know from being at school together at Medina!”

Sit back and enjoy the film, you might just recognise one of two of the extras as all are Islanders!

Well done to all involved!

2 Comments on "WATCH: Isle of Wight written and shot comedy sketch snapped up by BBC3"