Isle of Wight Youth Trust: Four new experts join the Board of Trustees

The new members have all had incredible careers working within mental health services in the NHS, charity sector and academia. 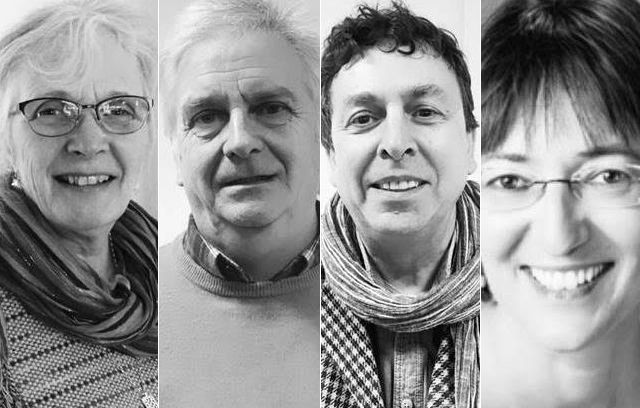 Felicity shares this latest news from the Isle of Wight Youth Trust. Ed

Following a record breaking year in 2017, the Isle of Wight Youth Trust has welcomed four new experts to its Board of Trustees ahead of plans to further expand its services for children and young people across the Isle of Wight.

Having received a record number of referrals last year with, around 1,000 young Islanders reaching out to the Youth Trust’s one-to-one to one counselling service, Youth Trust Chairman, Malcolm Marshall said that there is a strong set of clinical expertise amongst these latest additions, with three of four coming from a background of working in mental health services.

“Pete, Jane and Michael have all had incredible careers working within mental health services in the NHS, the charity sector and in academia.” Pete Elliott also worked for the NHS as a consultant Psychologist for several health authorities. This included a 5-year period on the Isle of Wight in a Consultant post in Community Health. Most recently, Pete has been working in academia, where he was Director of the Doctoral Training Programme in Clinical Psychology at Southampton University. Michael Lilley has worked in senior management positions in the voluntary and public sectors for 35 years. He has practiced as a counsellor and psychologist and from 2002 to 2017, he was Chief Executive of a large psychological practice which merged into the Richmond Fellowship. Michael is also a serving Councillor on the Isle of Wight Council and Ryde Town Council. Emilie Myers is the fourth addition to the board, bringing with her a wealth of experience in human resources, including running her own consultancy business providing training and development for several large clients. She has also had a successful career in therapeutic education and currently works with young people who do not attend mainstream education. “Emilie has already been working with us through our strategic planning process at this Important time of development for the Youth Trust.”

“We have big plans to make sure that young Islanders receive the very best possible support. There is a lot of hard work ahead and we are pleased to have bolstered our board with four such well qualified new trustees. They give another boost to the quality of governance and oversight at the charity. Along with my fellow trustees I look forward to working with Emilie, Pete, Michael and Jane and the incredible team at the Youth Trust to meet the needs of the Island’s young people.”