The one year trial starts in April 2018 and will see the Isle of Wight council keep 100% of business rates, whilst giving up the equivalent amount in Government funding. 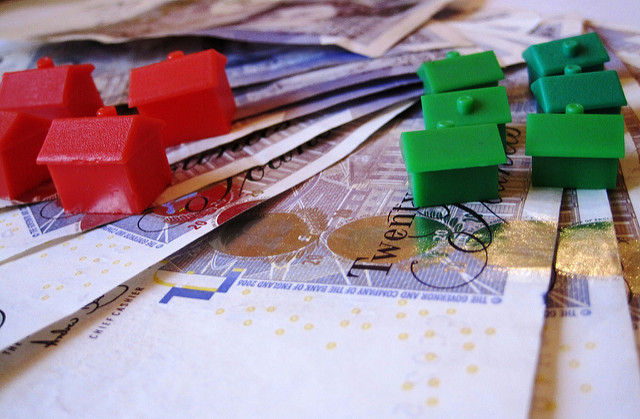 Portsmouth, Southampton and the Isle of Wight will have more control of their own financial futures following a government announcement.

The three councils will be allowed to keep 100 per cent of business rates collected in their areas, as part of a national trial.

Secretary of State for Communities and Local Government Sajid Javid announced the three Solent councils will be part of the year-long trial along with nine other areas in the country.

Councils keep 100% of business rates
Areas involved in the trial will keep 100 per cent of their business rates, the money companies pay instead of council tax.

At the moment local areas keep only half, with the rest of the money going to central government.

In return for the extra funding from business rates, the councils will each give up an equivalent amount of funding received annually from central government. But they will keep all growth in business rates.

The government has pledged that no council will be worse off through these arrangements. But there is the potential for areas to be better off as they can keep any extra money generated through business growth.

Business rates across Portsmouth, Southampton and the Isle of Wight are currently worth £220m a year. The amount businesses pay will continue to be set nationally by central government.

Stewart: IW “not at risk of losing money”
Leader of the Isle of Wight council, Cllr Dave Stewart, said:

“This is great news for the Island and the two cities. This is a pilot scheme, meaning we are not at risk of losing money. The government are effectively underwriting the arrangement.

“From the Island perspective, we recognise we have an opportunity here to work in partnership to help address our local financial challenges through this arrangement.

“We have ambitious and realistic plans to deliver a sustainable, economic-led regeneration on the Island and extra money raised from business rate growth will benefit both residents and businesses alike.

“With initiatives such as our digital economy, apprenticeship development and skills growth, as well as encouragement for investment on the Island, we are already showing how we can add value to the Solent Local Enterprise Area, without undermining our unique Island status.”

“This is fantastic news for residents and businesses in the Solent area, including the Isle of Wight. The announcement by the Secretary of State to include the Solent area in the trial is testament to our unique and growing economic area. It was a very strong joint bid.

“The government have given assurances that no area will be worse off under the new scheme, but in fact better off, as we will keep 100% of the business rate growth.

“Across the Isle of Wight and the two cities we have some brilliant business explosion programmes and now local people will directly benefit from more of the money being paid being kept in the local area.

“The extra money could be used to invest in local services and major infrastructure projects such as roads and public transport.”

“This is a really positive news for businesses in Southampton and the wider Solent region. This new initiative gives us greater control of our financial destiny, ensures that revenue generated by local businesses stays locally and also enables Southampton, Portsmouth and the Isle of Wight to invest in their own local infrastructure for the benefit of our residents.

“Southampton is a city with strong and sustainable economic growth and the retention of business rates will contribute to further investment, infrastructure development and our vibrant local economy. I very much welcome this news.”

The trial will initially last for a year, starting in April 2018.

Image: TaxRebate under CC BY 2.0

Story issued to media by Portsmouth City Council, with NO prior notice to IW Council members (other than the Tories, no doubt). Is Dave Stewart now entirely subservient to Donna Jones ? When was the decision made to apply to be part of this project ? Questions I have put to Cllr Stewart.

How is this great news for businesses? We have to pay the business rates regardless of who gets it, and since the re-evaluation this year most of us are paying significantly more. It might be great news for the council but not businesses. I just wish they’d use it wisely. It may go partway to explaining why they keep giving planning permission to big supermarkets though.

Can we rest assured that this money will be wisely spent?
I’m not sure that taking money of profitable island businesses only to squander it on sweeteners for things like third world style call centres is that wise. Discounting rates to encourage the growth of both new and established island businesses appears to make far more sense.

Would growth perchance, equal to squeezing till the pips fall out, looking hard at both small and large business hoping to find the odd coin under the mat

And if the local economy declines as is highly likely as the BRexit cliff edge approaches, will central government make up the loss or will the Council lose even more funding ?

I think we know the answer to that one.

IWC has been applying more aggressive rating assessments over the last year or so, in anticipation of this. Look forwarsd to having your business wrung even drier to keep Teflon Dave out of the doo-doo.

Rateable value is set nationally not by the IWC, and I get the feeling that it was done, and significantly increased, with this project in mind.