Congratulations to all at Vectis Radio, which is celebrating its tenth birthday tomorrow. It’s a great achievement! 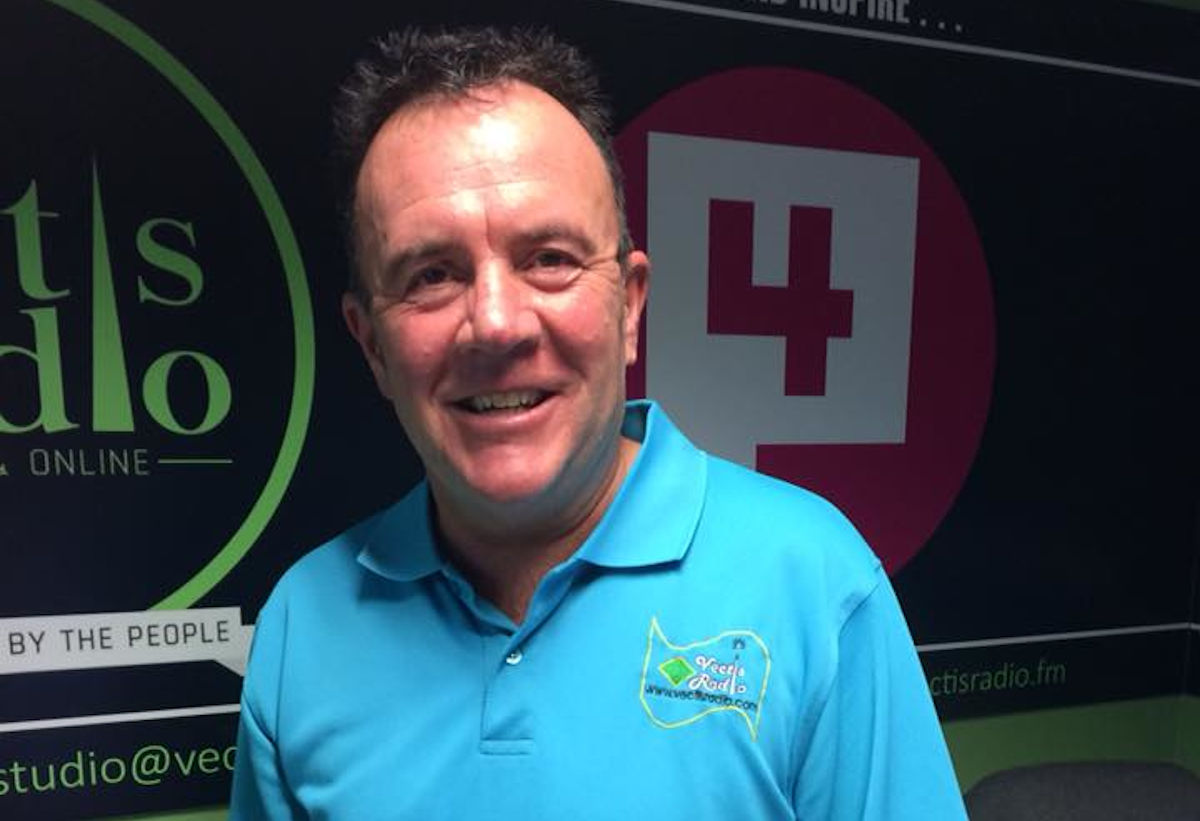 They said it would never last, but the station that started out in a broom cupboard at the Quay Arts Centre is ten years old on 23rd January.

From humble beginnings in Newport as an online only station, ten years later and after an incredible journey which saw them move from their original studio in the Quay Arts Centre via Newport Football Club, Crocker Street, a near-derelict building in West Street, and a shed in the rear courtyard of the Riverside Centre, Vectis Radio finally established itself in the former Platform One studio at the Riverside Centre.

FM launch and training school
The station’s story also includes the two and a half year journey up to the FM launch in November 2017 when the station became a fully Ofcom licensed community Radio Station augmenting its online presence.

During that journey and alongside the radio station the 4PS radio training school was set up. The 4Ps school has now helped almost 300 young people, many of whom have everyday life issues, by boosting their confidence and communication skills using the main ingredients of radio.

“I am not going to lie, it’s been a long, hard road and one hell of a financial struggle but still being here after ten years tells you how dedicated we all are.

“The achievements speak for themselves with a number of bronze and silver awards at the National Community Radio Awards and a Highly Commended in the Business in the Community category at the IW Chamber of Commerce Awards. Recently, Ofcom gave us approval to increase the power of our transmitter which shows how much faith they have in us. We are a proper Community Radio Station, its community like no other.”

“When we started ten years ago certain people said we were going to be ‘here today and gone tomorrow,’ but now we have already started decade number two.

“I may not be around at the end of the next decade, but someone will, and the foundations are well and truly laid. This Community radio station ain’t going nowhere.”

“We wouldn’t be here without the vision, determination and drive of my co-director Ian and the support of a great team of volunteers.

“Community Radio thrives on community involvement, and we certainly have that. It has been a roller-coaster of a journey and here’s to the next ten years.

“To mark the first decade of Vectis Radio, the station will be broadcasting the Mid-Morning Show from a Red Funnel ferry during a return trip between East Cowes and Southampton.”