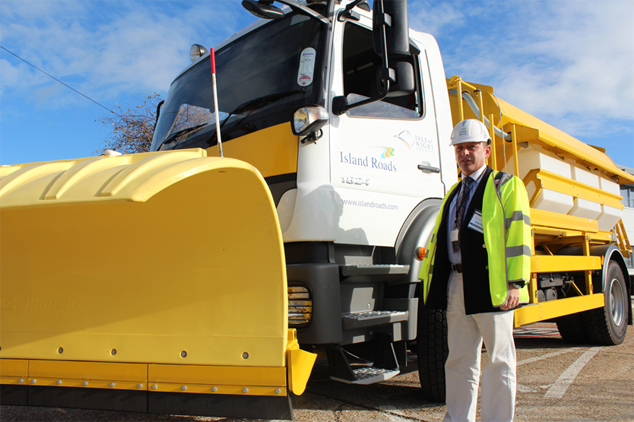 Island Roads crews have dealt with their busiest month ever in terms of winter maintenance activity.

During January, 14 gritting runs were undertaken using around 400 tonnes of salt/grit. On January 12 alone, 100 tonnes were used on three separate runs as heavy rain throughout the day turned to ice at night.

Despite the heavy use of salt in January, the stocks remain high and there will be plenty left in reserve for the rest of the season.

“January was a very testing time and I was very pleased with the response from Island Roads’ winter maintenance teams.

“Their staff were doing their work to keep the highways gritted in some awful weather and I am grateful for their efforts.”

Impressive numbers, as was the huge amount of our money we paid them for the work.

I would indeed imagine that stocks of salt are high as many routes were left untreated. Whilst understanding that not every road can be treated there are still a large number of well used routes that are left icy and dangerous especially first thing in the morning.

Whoopee! Gritting aside can Councillor Gilbey ask Island Roads if they remember where Ventnor is? Our roads seem to have been abandoned. I’d ask local councillor Stubbings but he’s the invisible man when it comes to his own town.

I can you are as much of a fan of Steve as I am, it appears he is not as passionate about his constituency as he leads us all to believe…

Plenty of salt gritting where I live in Ventnor West, which is Cllr Stubbings patch.

CB500
Please feel free to get in touch.
My number is on the council website.

They’ll be even busier repairing roads if the Cons have their way make Island Roads use cheaper materials ( this weeks County Depressed)….

Yet another example of this GREAT P.F.I. contract our brain dead council signed up for.