It’s great to hear that out of 10,000 products to be judged, Jasper’s Artisan Coffee was awarded a 3-star Great Taste award for its Ethiopian Rocko Mountain Reserve. Well done Lucy and Peter! 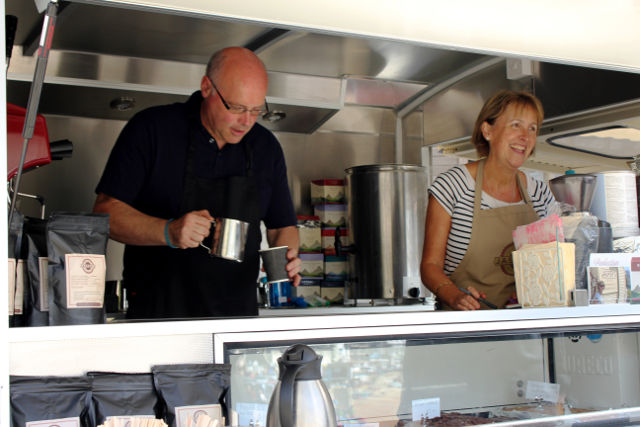 Amy shares this great news for the much-loved Jasper’s Artisan Coffee. The last three star award on the Isle of Wight was for Minghella ice cream in 2013. Ed

Jasper’s Artisan Coffee in Brading is among the Great Taste winners of 2016 Great Taste, the world’s most coveted blind-tasted food awards, which celebrates the very best in food and drink, has announced the Great Taste stars of 2016. Ethiopian Rocko Mountain Reserve with all judges commenting that “it stood out as being an exceptional ground coffee”.

Judged by over 500 of the most demanding palates, belonging to food critics, chefs, cooks, restaurateurs and producers as well as a whole host of food writers and journalists, Great Taste is widely acknowledged as the most respected food accreditation scheme for artisan and speciality food producers.

“We would firstly like to congratulate the other Great Taste Award winners on the Island this year. We are a small family business in Brading, rubbing shoulders with much larger companies from the UK and Europe that have entered the competition this year.

“This top taste award is a massive boost for us since it recognises our passion for coffee and shows again that small Island businesses are achieving the highest standards.

“We knew this Ethiopian was different from the outset. It has a unique flavour which we have then enhanced with our roasting. The award for our Espresso Blend last year was exciting. This is wonderful!”

As well as a badge of honour, the unmistakeable black and gold Great Taste label is a signpost to a wonderful tasting product, which has been discovered through hours and hours of blind-tasting by hundreds of judges.

Great Taste 2016 will reach its exciting finale on Monday 5 September, when the world of fine food gathers at the Royal Garden Hotel in London to find out the Golden Fork winners for each region at an Awards Dinner, with the final applause reserved for the Great Taste Supreme Champion 2016.

(I can also vouch for the high quality of ‘Jasper’s’ coffee, as a drinker and as somebody once paid to roast beans for another small ‘artisan’ coffee co.)